CMA concludes workshop on Surveillance and Inspection of Listed Companies 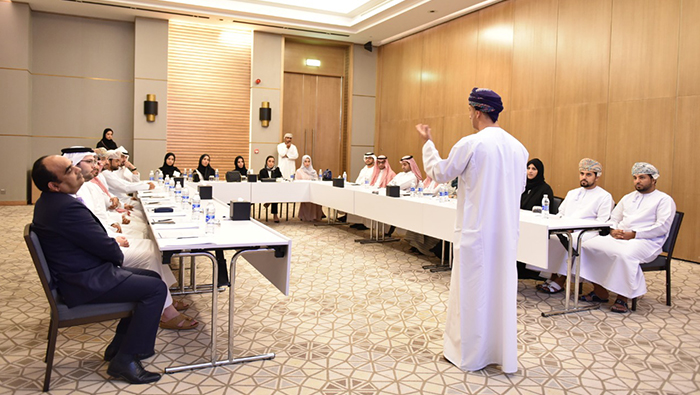 Muscat: The Capital Market Authority (CMA) concluded a training workshop titled 'Surveillance and Inspection of Listed Companies' held in collaboration with the Secretariat General of the GCC at the Sundus Rotana Hotel Muscat under the auspices of Mohammed Said Al Abri, Vice President for Capital Market Sector.
Representatives of the Central Bank of Bahrain, Securities and Commodities Commission of the United Arab Emirates, the Kuwait Capital Market Commission and the Capital Market Authority of Saudi Arabia participated in the workshop.
The workshop aims to provide the participants with experience and skills related to the inspection of listed companies as well as surveillance of trading operations in the market with practical and real issues of inspection and surveillance in addition to understanding and analysis of manipulation methods and how to combat them.
The first day of the workshop included several sessions on the future of financial embezzlement and manipulation, robots and artificial intelligence. The session discussed the theory of embezzlement and the practical link between the failure of corporate governance, internal controls and embezzlement beside digital transformation in the financial world and the accompanying difficulties in understanding and detection of manipulation and embezzlements in companies.
The second session tackled real embezzlement cases when theft becomes a trend and real cases of embezzlement were considered in several companies and comparison of internal governance systems of such companies. The third session dealt with IFRS, ISAS and IPPF and explanation of such standards and practices and their importance from the viewpoint of regulators.
The real cases included consideration of two cases of energy companies and chemicals company and discussed the accounting manipulation adopted by the company beside the losses the shareholders have incurred, the dispute and proceedings between the capital market authority and such companies as well as the penalty. The second session discussed the methodology of the risk-based audit.