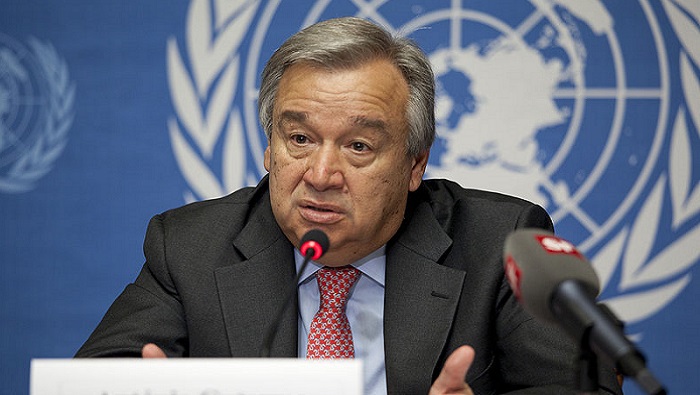 United Nations: UN Secretary-General Antonio Guterres on Friday voiced deep concern over violence and loss of life that some protests have led to amid ongoing "wave of demonstrations" across the globe.

During a press encounter, Guterres said, "We are witnessing a wave of demonstrations around the world, from the Middle East to Latin America and the Caribbean ...from Europe to Africa and Asia."

"Disquiet in peoples' lives is leading to anything but quiet in streets and city squares," he said.

Calling for thoughts about the underlying factors, he said there is a growing deficit of trust between people and political establishments, and rising threats to the social contract.

He also underlined that negative impacts of globalization and new technologies have increased inequalities within societies.

"There can be no excuse for violence -- from any quarter," he said, adding "our world needs action and ambition to build a fair globalization, strengthen social cohesion, and tackle the climate crisis."