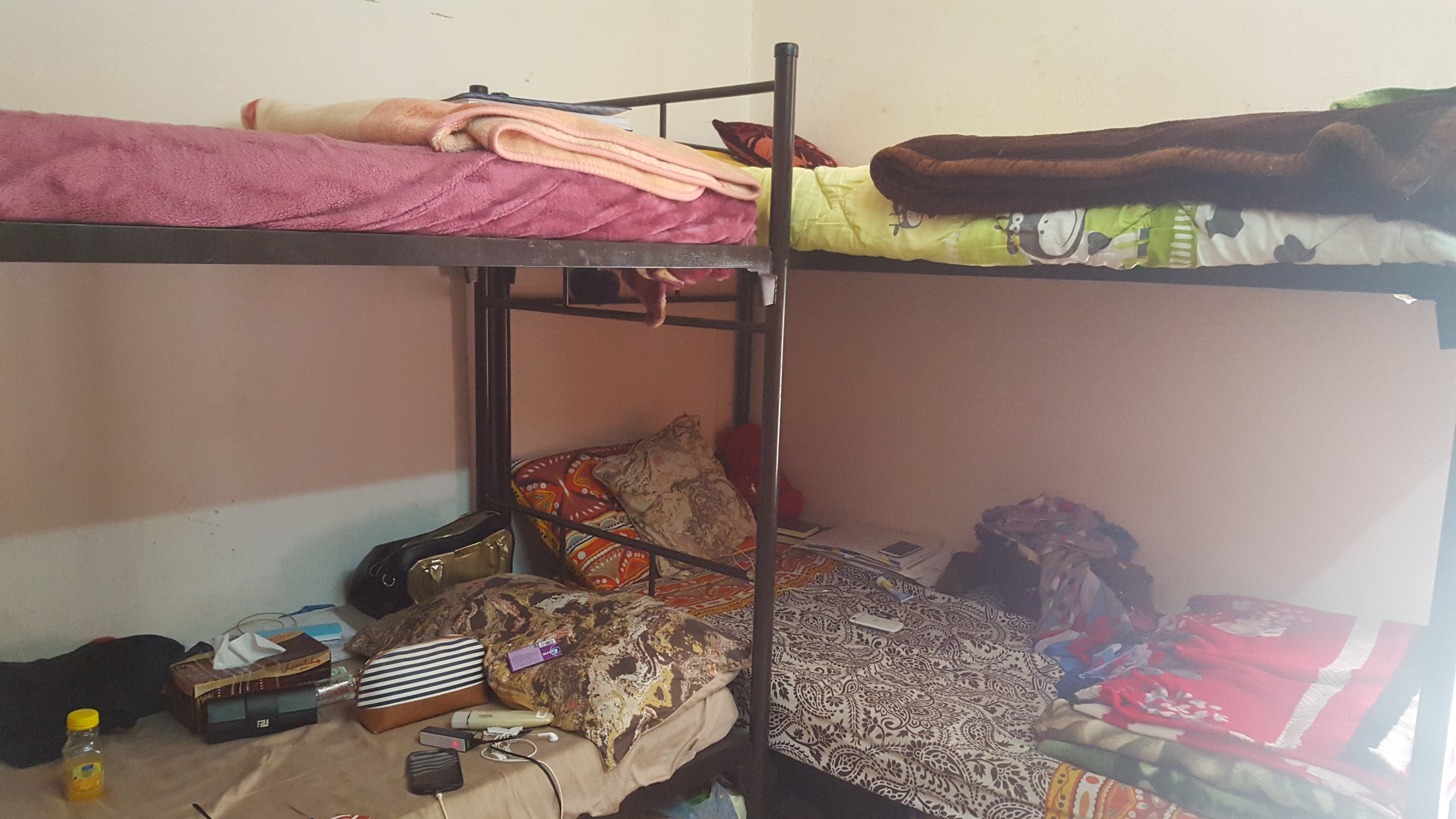 Muscat: Cramped, filthy rooms, worn-out furniture, cracked walls, water dripping from the ceiling and exposed electrics...welcome to college hostel life for some female students in Muscat. Today, Times of Oman lifts the lid on the squalid conditions endured by a number of young girls as greedy investors cram them into ill-maintained properties in Muscat.
Get your essential daily briefing delivered direct to your email inbox with our e-newsletter
One such property is a large mansion in Qurum into which 65 Omani female college students have been packed.
“I have been in this hostel for four years now, there are problems here in terms of the number of girls per room, which sometimes even reaches 12. We have safety issues, with broken locks in some rooms and toilets.
“The lady who looks after the hostel is very careless, and even leaves the main door unlocked at times, and we don’t have a key to that door. This house has cracks and we fear that it may fall anytime, when it rains, we are terrified if the electrical switchboard bursts or something,” said Maryam, a 22-year-old resident of the hostel.
In the 10 rooms this hostel has, almost every room accommodates more than six girls, most have eight and one room has 10 girls in it. Only a single room has four girls in it, but they live in cramped conditions with four bunks dumped in the room resulting in almost no space to walk - despite Ministry of Higher Education rules that state bunks are not allowed in student hostels.
Stay ahead of the rest and download our free WhatsNews app for Apple, Android or Blackberry
“Every girl here pays OMR50 per month, so from a room with six girls, the investor makes OMR300 per month, from rooms with eight girls, he makes OMR400 and the one upstairs with 10, he makes OMR500 per month, and we have no maintenance here.” Maryam added.
A decision to protect the rights of college students to clean and healthy accommodations is pending approval by the higher authorities after receiving backing from members of the Municipal Council, Ali Al Maashari, a member of the council confirmed.
“The general committee discussed this case with other authorities concerned - such as the Ministry of Higher Education (MoHE), the Royal Oman Police (ROP). Students who reside in hostels, and some others are trying to make a better system of renting these accommodations to improve these residences and to make them affordable for students,” Al Maashari said.
However, until new rules get a green signal from the higher authorities, the decision cannot become official.
When Times of Oman (ToO) approached the management of the college to which the girls hostel belongs, they confirmed they had received complaints about the matter.
“There is a general issue about student hostels in Oman, unfortunately this is a dark truth about hostels in Oman. Right now our college does not have its own hostels but in the past we did have, and in the future we will have our own, since we are moving to a new campus soon,” a member from the management of the college said.
“I received complaints about security issues in one of the hostels close to the college and we paid a surprise visit there. After seeing the dire conditions, we wrote a warning letter to the investor, we also informed the authorities and since then we have been sending our team to check for updates,” the member added.
The investor of the hostel, however, told Times of Oman, “I understand there are problems and that is because of the lack of communication between the owner and the girls in the hostel. The girls don’t pay me the rent, sometimes even for months, so how can I maintain the place at all.”
Students from another hostel in Qurum had similar complaints.
“We are six, eight or 12 girls in one room, it’s hard to study and there is only one toilet for sometimes even 16 or more girls,” one student called Sumaiya complained.
MoHE has laid down guidelines for hostel accommodations for college students, which are put down in a catalogue titled ‘Standards for Higher Education Institutions Buildings’, which was released from the Directorate General of Private Universities and Colleges at the ministry in 2007.
“The ministry does not supervise or get involved with hostels which are independent or privately owned, and not linked with a college directly. This is why we encourage colleges to have their own hostels so that the students can stay in a better atmosphere,” the official from MoHE added.