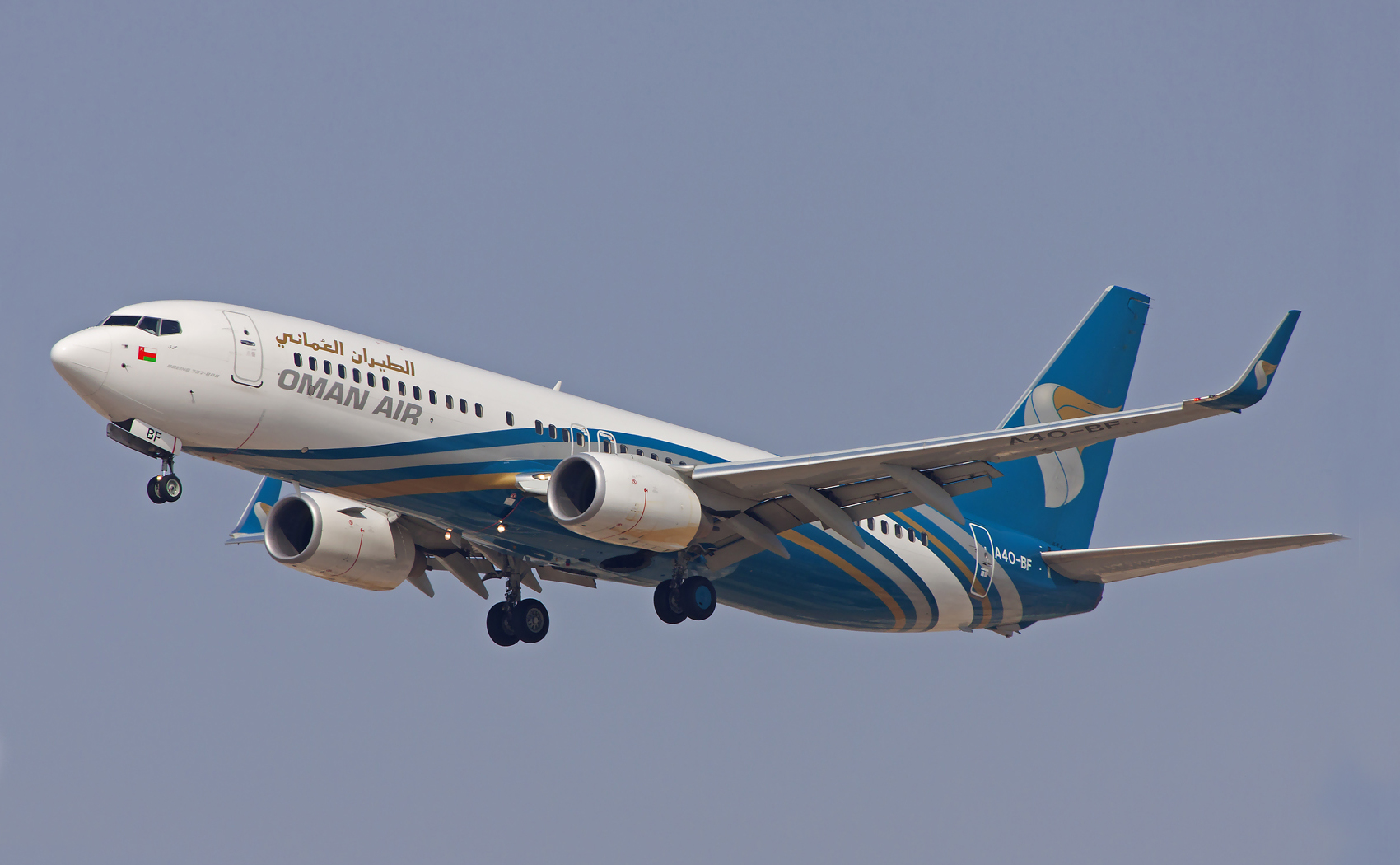 Muscat: A senior Oman Air captain has praised the pilots whose quick-thinking actions and professionalism controlled a tyre-burst after landing in Abu Dhabi, preventing injury to passengers or further damage to the aircraft.
Get your essential daily briefing delivered direct to your email inbox with our e-newsletter
On Wednesday, April 27, Oman Air flight 635 set out as routine flight from Muscat to Abu Dhabi but on landing the number three and four tyres on the right main landing gear of the Boeing 737-800 burst during “roll out” after touching down in the Emirati capital.
The aircraft would have veered off the runway due to the tyre burst, but Oman Air officials stated that the pilots controlled the aircraft as per the procedures which highlighted professionalism and highest training standards of Oman Air.
Correct procedures
Captain Waheed Al Subhi, Senior Manager Safety and Emergency Response Planning and an Airbus A330 Captain at Oman Air, said that the pilots followed the correct procedures which ensured the safety of passengers and crew onboard.
During the approach and landing, pilots mainly concentrate on the landing technique. After touchdown, in case of tyre burst, pilots can hear the explosion as well as feel the usual movement of the aircraft and will follow the procedures accordingly.
“After the aircraft came to a stop, the pilots communicated to the ATC (Air Traffic Control) and got the fire brigade to inspect the tyres,” he added.
In this situation the ATC would inform the pilots if there is fire which will prompt them to evacuate all passengers and crew from the aircraft immediately.
“If there is any fire they must evacuate the aircraft as soon as possible. But in the Abu Dhabi incident, ATC informed that there isn’t any fire so they (pilots) decided to stop the aircraft on the runway and inspect the tyres before proceeding to the bay to avoid further damage to the aircraft,” said Al Subhi.
Al Subhi reassured that maintenance engineers checked the airworthiness of the aircraft prior to each flight as per the standard procedures.
“When an aircraft arrives at any station and before departure of each flight, the maintenance engineer checks the aircraft for any damages. The flight crew also carries out walk arounds and inspects the aircraft again before each flight. When all passengers are on board, the engineers take a final inspection of the aircraft before it is dispatched,” explained Al Subhi, adding that maintenance has a checklist they have to follow to ensure the airworthiness of the aircraft for the safety of the passengers.
“Safety has been and always will remain the first priority in all Oman Air operation,” he added.
“Oman Air constantly strives to implement, maintain and improve strategies and processes to ensure all our aviation activities are aimed at achieving the highest level of safety performance and meeting national and international standards,” said Al Subhi.
In general, there are several reasons on why aircraft tires burst, but Al Subhi said that they cannot conclude since investigations are still ongoing.
The aircraft is currently grounded in Abu Dhabi maintenance amid ongoing investigations.