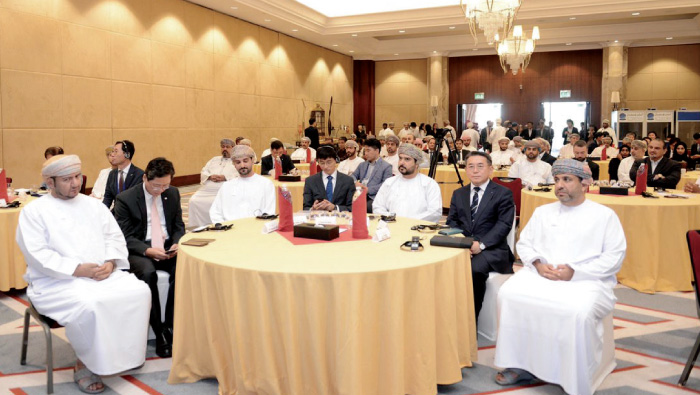 Muscat: Oman Chamber of Commerce and Industry (OCCI) yesterday organised the Omani-Korean Forum.
The forum was held to develop and enhance trade and investment relations between the two friendly countries and develop the business sector.
35 Korean companies
The forum, in which more than 35 Korean companies took part, aimed at introducing business owners to investment and trade opportunities in both sides. The forum also discussed the potential strategic partnerships to augment investment and commercial activities between the two countries.
Qais bin Mohammed Al Yousef, OCCI Chairman, delivered a speech during which he explained that this visit confirms the joint keenness of the Sultanate and Korea to enhance the level of partnership and cooperation in various economic and investment fields.
He pointed out that the available statistics indicate that the total imports from Korea to the Sultanate stood at about OMR225 million during 2017 while Omani exports during the same year reached about OMR783 million.
He added that the volume of Korean investments registered in the Sultanate till 2016 amounted to more than OMR374 million and the contribution to Korea amounted to more than OMR17 million until 2016 by nearly 5 per cent and the contribution of 55 investment companies.
Gundong Kim, Executive Vice President of the Korean Chamber of Commerce and Industry (KCCI) said in his speech that the Republic of Korea is a trading partner of the Sultanate, as it is involved in the establishment of vital strategic projects in infrastructure and energy in the Sultanate.