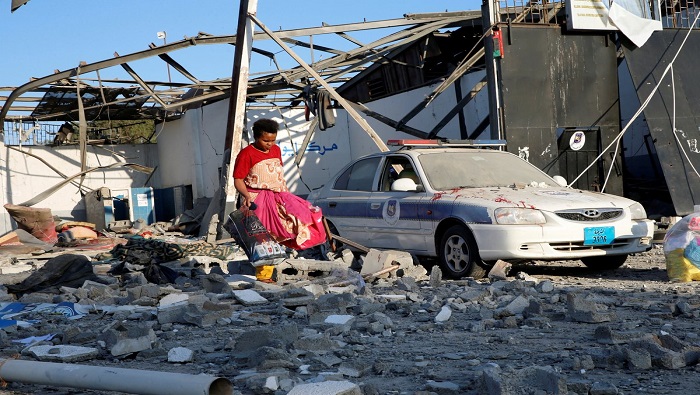 "The Presidential Council of the Government of National Accord condemns in the strongest terms the airstrike that was carried out this morning on al-Fernaj neighbourhood in Tripoli, which killed and injured several citizens including women and children and frightened residents," the government said in a statement.

The government blamed the east-based rebel army for the airstrike, but the army denied it.

The UN Support Mission in Libya (UNSMIL) also condemned the airstrike, urging the UN member states and international relevant institutions to spare no efforts to end the violations of international humanitarian and human rights law in Libya.

The Health Ministry's Emergency Service said three children were killed and three other civilians injured in the airstrike.

Since early April, government forces have been engaged in a deadly armed conflict in and around Tripoli with the rebel army, which has been trying to take over the country's largest city and overthrow the government.