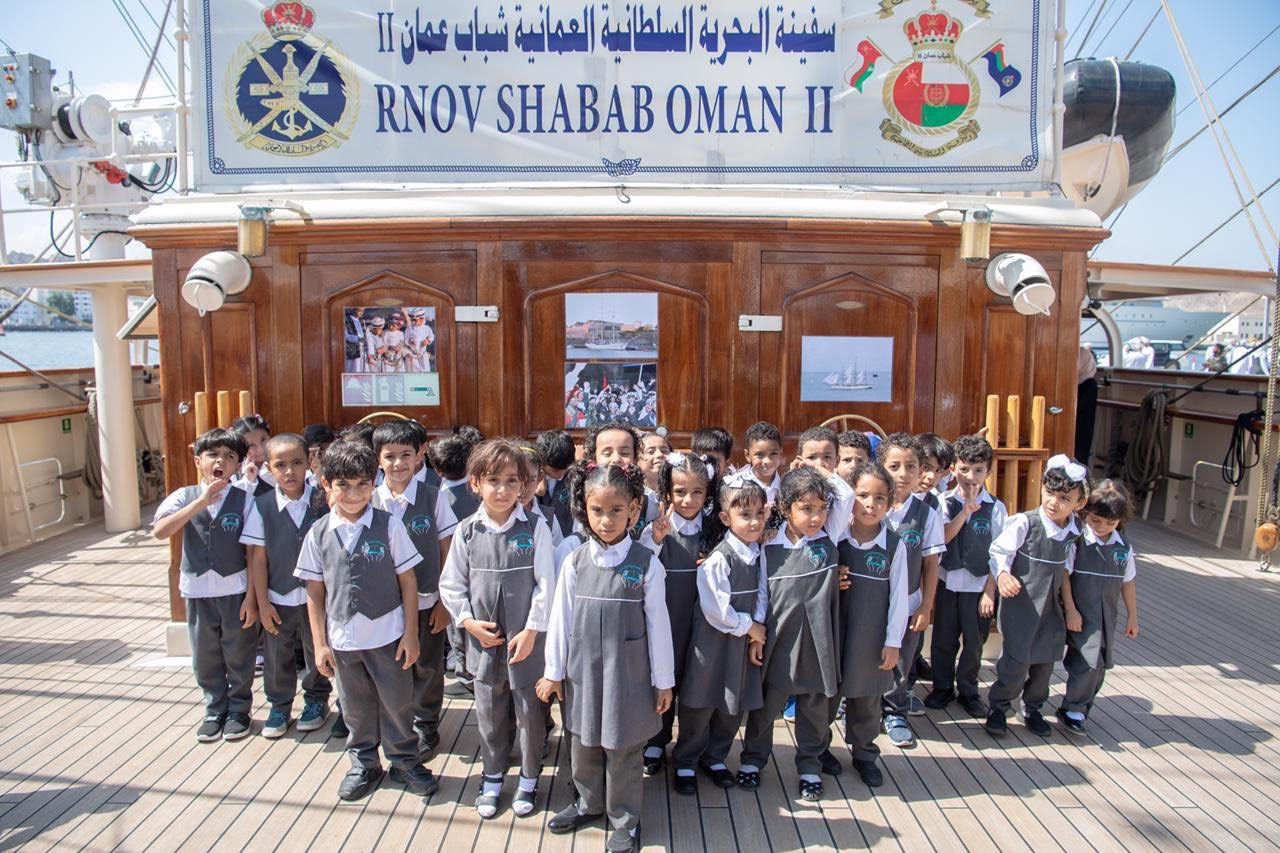 Shabab Oman II, which joined the Royal Navy of Oman in August 2014, arrived from its fourth international voyage at the port of Sultan Qaboos in Muttrah on October 7, 2019. During this journey that started on April 15, 2019 from Saeed bin Sultan base, the ship visited 17 ports in 12 countries.

It participated in the Armada Festival in the port of Rouen, France from June 6 to 16, 2019 and hosted nearly 125,000 visitors. “On the first day of the Armada festival which was the first international participation for the fourth trip of Shabab Oman II, 27,300 people visited the ship. The number of visitor reached 125,000 at the end of the ship's participation in this festival,” Colonel Sulaiman Al Hosni,Commanding officer, RNOV Shabab Oman II said.

“The ship received a large number of visitors including dignitaries and received wide media attention by the French media,” he added.

Shabab Oman II is a full-rigged ship which was built in Romania, fitted out in the Netherlands and launched in 2013. Shabab Oman II was received under the patronage of A’Saiyed Shehab bin Tariq Al Said, Advisor of His Majesty Sultan Qaboos, at an official ceremony by the Royal Navy of Oman. A group of traditional wooden boats, fishing boats and students of Thoraya Al - Busaidia School also took part in the ceremony reception.

The reception ceremony was attended by a group of musical songs and martial arts display in Oman. In addition, A’Saiyed Shehab bin Tariq and senior dignitaries identified the ship's main stations and their participation in competitions and targetted achievements of the ship during its fourth international journey.

Shabab Oman II set out for its fourth international voyage on April 15 from Saeed bin Sultan base. Colonel Sulaiman Al Hosni, Commanding officer RNOV Shabab Oman II. said “The Oman Youth Ship sailed to the European continent under the directives of His Majesty Sultan Qaboos, Supreme Commander of the Armed Forces and this voyage was aimed at participating in maritime festivals and speedboat races by visiting 17 ports in 12 countries.”

Jeddah Islamic Port was the first port to host the ship after leaving Oman. The Omani youth ship visited the Greek port of Rhodes, the port of Caleri, Italy, and the port of Lisbon, Portugal, before reaching the French city of Rouen for its first international participation.

After that, the ship reached the port city of Scheveningen of the Kingdom of the Netherlands to participate in the Freedom Sailing Ships Festival during the period 20-23 June, 2019.

The ship's crew achieved first place in the sports competitions held among the crew of the other participating ships. Also, the ship was crowned with the International Friendship Award for 2019 and the award for the best ship appearing in the Freedom Festival long ships sailing in The Hague

Colonel Sulaiman Al Hosni said, “We have honored the name of the Sultanate in various festivals in the European continent, and we have won many awards, most notably the International Friendship Award at the Freedom Festival, which is considered the most prestigious award in maritime sailing."

Shabab Oman II in cooperation with the Ministry of Tourism also organized a reception for a number of media personnel, travel agencies and social media pioneers.

Shabab Oman II then arrived in the port city of Aalborg in Denmark during the period 2-6 of July, 2019 and the ship's crew participated in the opening of the festival city of Aalborg.

Later, the crew then participated in the opening ceremony of the maritime festival of the Norwegian city of Fredrikstad during the period 11-14 July, 2019 with the rest of the ships participating in the long sailing races. The ship's crew introduced its visitors to the ship, its capabilities and its mission. In addition, in order to achieve acquaintance and cultural mix, the crew of Shabab Oman II organized a meeting and a collective breakfast for the crew of the participating ships in the festival.

The ship continued to sail, with its next stop being the port of Arendal, Norway, for a day, before arriving in the Norwegian city of Bergen to participate in its festival from 21 to 24 July, 2019 within the long ships sailing races in 2019, with the participation of 60 ships from different countries of the world. After the participation of the crew in the activities of the sport day of the festival, they achieved first place in football and volleyball. The ship also celebrated the day of the blessed Renaissance by organizing a reception for the leaders of the ships participating in the festival of the city of Bergen. The celebration included an introduction to the Sultanate and its achievements, in addition to the establishment of a group of Omani arts. Also, the ship achieved 6th place on the race of the long ships sailing.

At the end of the long sailing race 2019, the crew of the Shabab Oman II participated in the official opening ceremony of the festival, which was held in the Danish city of Aarhus during the period 1-4 August 2019 on the first day of the festival, Shabab Oman II was visited by 10,000 people. Then the organizing committee of the long sailing race 2019 handed over the flag of the winning ship of international friendship and a trophy. The flag symbolizes that ship is the winner of tall ships race 2019 which is the most prestigious award in maritime sailing.

On the way of back home Shabab Oman II stopped at several different ports including Portsmouth in UK, Tangier in Morocco, Valleta in Malta during the period 8th – 11th September 2019 and Jeddah Islamic port for 2 days before heading to its homeland. After that Shabab Oman II arrived at the Salah port it stayed for one day before going onwards to Muscat.

As Colonel Suleiman mentioned “On the way back, the ship stopped at several ports for supplies and to replace some trainees.” He added, “When the ship arrived home it was greeted with a festive celebration befitting its status. The Shabab Oman II team received many visitors to the ship after the celebration and introduced the most prominent achievements they have achieved, in addition to showing pictures of the trip to the ship's visitors.”