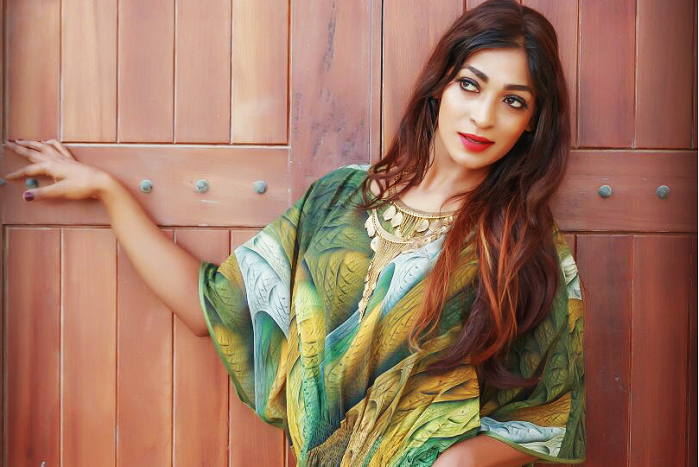 Muscat: An Indian model, who has been living in the Sultanate for nearly 18 years, will represent both Oman and India at the Mrs Worldwide 2019 pageant this October.

Vinodhini Krishnamoorthy, who earned the right to participate in this competition after being crowned Mrs India Worldwide International 2018, will compete with delegates from 38 countries at the event in Singapore.

Her victory in Greece after entering the competition from among 3,000 applicants also saw her named a tourism ambassador for the country and Vinodhini is hoping to add another feather to her crown. Speaking to Times of Oman, she described her experience of participation in the pageant in Greece and was confident that it would help her in Singapore.

“My family, especially my husband and daughter, were very supportive in preparing me,” she said. “There was nothing easy, because we had to keep proving and improving ourselves every minute, until the grand finale. The toughest were the photoshoots held at various locations across Greece over a period of seven days. The early morning shoots were very stressful and tiring, but still you have to look gorgeous in front of the camera.

Vinodhini, who is also a trained Zumba instructor, prepared for her performance while in Oman. “Yes, all of my preparation was done completely in Oman. Ahead of the event, I began to physically train myself through Zumba, yoga, and strength training. Along with this fitness cycle, I adopted good and healthy dietary habits. I also attended various training sessions on fashion and makeup and pageant grooming, and enriched my public speaking skills by attending events and addressing people.”

Vinodhini says she would not have been able to do it without the support of her family and friends.

“I am so lucky to have lovely people around me,” she said.

“My family and friends were super excited and encouraging. My daughter has always been my biggest strength. I have always believed that nothing can substitute an experience, and since childhood, winning a pageant and being in the limelight was my dream and my family has been so supportive over the years, because this didn’t happen overnight. I have worked for it almost 10 years,” she added.