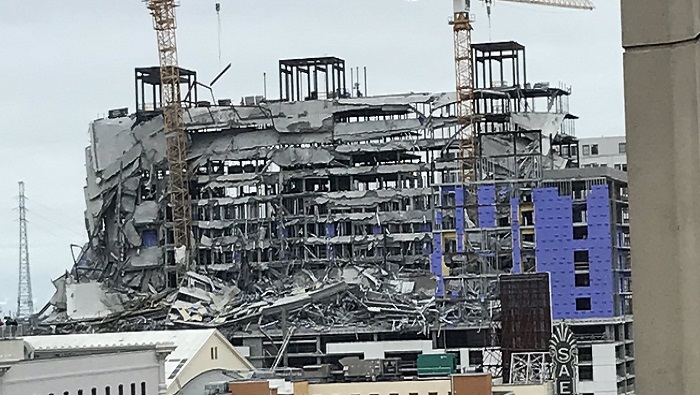 Houston: At least one person was killed and 18 others injured on Saturday in a massive collapse at a hotel under construction in downtown New Orleans, Louisiana, the United States, authorities confirmed.

City officials and Louisiana Governor John Bel Edwards confirmed the death. Authorities said 18 people were taken to a hospital for treatment. All were considered in stable condition.

Local media reported that the governor was at the scene urging residents to stay away from the area. "I'm just asking for everybody to pray for those who are at the hospital," Edwards told reporters.

Buildings surrounding the collapse were evacuated, and shocked people spilled onto the road as local officers worked to secure the scene.

Construction plans for the 350-room hotel include a 12,000-square-foot event space, two ballrooms and a residential space, local media quoted a news release as saying.