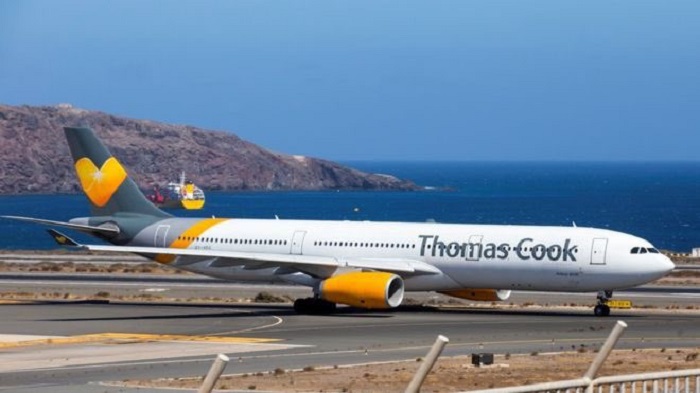 Madrid: The acting Spanish government has approved a package of emergency measures to limit the effects of the collapse of British holiday operator Thomas Cook on the Spanish tourist sector.

Among the series of emergency measures approved on Friday that valued at about 800 million euros (about 883 million US dollars), 200 million euros have been designated to help affected Spanish companies, according to a communique by the Spanish Ministry for Industry Trade and Tourism.

A further 500 million euros have been set aside to improve tourism infrastructures, especially "digitalisation, innovation and modernisation of services."

Acting Deputy Prime Minister Carmen Calvo said the measures were "a reasonable response to help overcome the crisis and to guarantee employment and economic activity in a sector as important to our economy as tourism."

Calvo also announced the granting of subsidies to the archipelagos of the Balearic Islands (east) and Canary Islands (south) worth 8 million euros and 15 million euros respectively to recover, among other issues, the loss of connectivity.

Reyes Maroto, the acting Minister for Industry Trade and Tourism, explained the government had "worked intensely" to minimise the maximum possible the effects of Thomas Cook's insolvency, and also to improve the competitiveness and adaptation of the tourism sector to the new global market tendencies.

The collapse of Thomas Cook last month left 150,000 -- mainly British holidaymakers -- needing to be repatriated and the cancellation of all future bookings with the firm.

7.1 million British tourists traveled to Spain using Thomas Cook's services in 2018 and 4.72 million had done so in the first eight months this year. The company's collapse has seen the cancellation of around half a million holidays in Spain which had been booked for the remaining months of 2019, according to local media reports