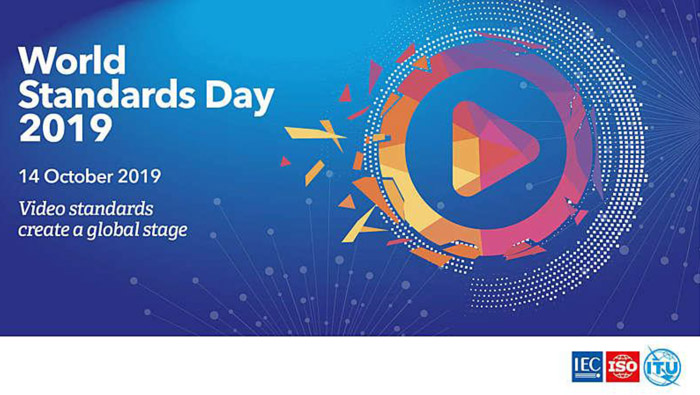 Muscat: Today — 13 October — Oman marks World Standards Day (WSD), which is commemorated each year on 14 October, as a means of paying tribute to the collaboration of the thousands of experts worldwide who develop the voluntary technical agreements that are published as international standards.
The International Organisation for Standardisation (ISO), the International Electro-technical Commission (IEC) and the International Telecommunication Union (ITU) celebrate WSD in 2019 under the theme ‘Video standards create a global stage’, to highlight the innovation in the recent decades that have provided a huge leap forward in video quality.
Video has become more accessible and has helped people the world over share their stories in vivid, moving pictures. This traction in both sophistication and accessibility of video is built on international standards.
Khamis bin Abduallah al Farsi, director general of Specifications and Metrology at the Ministry of Commerce and Industry (MoCI) said: “Video is the modern medium of expression. Advances in the technology have changed our world, revolutionising entertainment, connecting friends and families across the globe, enriching our communications experiences and enabling major improvements in medical care and education.”
Having standards recognised and respected all over the world means that video that is encoded on one device can be decoded by another, regardless of the device being used.
This introduces economies of scale that help the market grow, giving innovators the confidence to invest in new video applications and services. These international standards meet industry demands for powerful compression capabilities. They also enable smooth transitions to the next generation of video compression technology, helping industries to maximise returns on each wave of investment.
Standardisation is one of the main axis of development in the fields of industry, trade and service delivery. Standardisation includes issuing standards, conformity assessment procedures and issuing certificates. The World Trade Organisation (WTO) has adopted the standards issued by international organisations and bodies specialising mainly in the trade exchange between the member countries, and has invited member states to join these international organisations and bodies and participate in the preparation of these international standards.
The WTO has also called for the implementation of international standards at national level and its use for preparing national standards in order to achieve compatibility that removes any technical barriers both in exporting or importing, facilitates the movement of international trade and helps stimulate industry, trade and development of the national economy.
Established by Royal Decree No. 39/76, the Directorate General of Standards and Metrology is the standardisation body in the Sultanate that is concerned with conformity assessment procedures through an annual inspection plan that includes Omani and imported products for consumer protection. It also provides analysis services and issues reports according to the regulations issued by the International Organisation for Standardisation.
MoCI, represented by the Directorate General of Standards and Metrology participates actively in the membership of the GCC Standardisation Organisation, the Arab Standards Centre of the Arab Industrial Development and Mining Organisation, the International Organisation for Standardisation (ISO), the International Electro-technical Commission, and the Codex Alimentarius Commission of the Food And Agriculture Organisation.
“Furthermore, MoCI has signed a number of protocols and memorandums of understanding with some countries with the aim of mutual recognition of specifications and certificates of conformity and exchange of experiences to facilitate trade exchange and information transfer”, said Al Farsi.