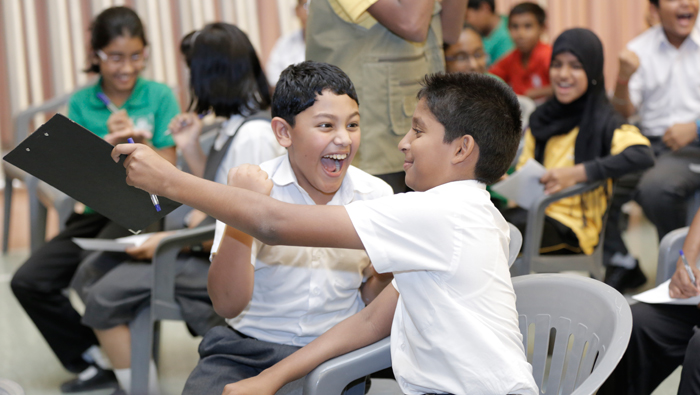 Muscat: The Times of Oman Inter School Quiz (TOOISQC) contest begins on Sunday at Indian School Darsait. Quiz Master Lloyd Saldanha will be hosting the first quiz event.
Sending his best wishes to all the students in the Sultanate, quiz master Saldanha said, "The qualifying rounds begin today and I am looking forward to the teams doing well. I hope you have all been preparing for it and I wish you luck. See you there."
Saldanha started his career with Asia’s largest on-stage quizzing company Greycaps India Pvt. Ltd in 2004 and went on to become a prolific young host. As quizmaster and head of research, he has worked on several format innovations and software in quizzing introduced by the company. He has led large client projects on quizzing to build powerful brand and audience engagement platforms for the Tatas, Infosys, and the Aditya Birla Group to name just a few.
In 2010, he took a sabbatical to move to the United Kingdom and pursue an MBA at the University of Liverpool. On his return, he led several new quiz assignments for the National Stock Exchange, Hindu Business Line, BBC, Hindalco and the Telegraph among others.
Saldanha is a charismatic young quizmaster known for his entertaining questions and characteristic wit. He has become one of the most sought after quizmasters in the minds of young India in the last few years. He has presented over 600 shows across 92 destinations in India, the United Kingdom, Oman, the United Arab Emirates and Canada.
He is regularly seen on CNBC TV18, hosting NSE’s Funancial Quest and has also hosted shows on the History Channel.
As in previous years, TOOISQC is drawing huge participation from schools. The participating schools are the American British Academy, Bangladesh School Muscat, Bangladesh School Sohar, Beacon House School, Indian School Darsait, Indian School Ghubrah, Indian School Ibra, Indian School Maabela, Indian School Muscat, Indian School Seeb, Indian School Sohar, Indian School Salalah, Indian School Rustaq, Indian School Wadi Kabir, Modern International School, Pakistan School Muscat and Pakistan School Sohar.
“As we prepare for the school quiz I am reminded of the saying, ‘Remember, if you are not playing your heart out, someone else is. And when you meet him, he will win.’ Keep this in mind and give it your best”, said Giri Balasubramaniam, quiz master and chief executive officer of Greycaps.
Greycaps is Asia’s largest onstage quizzing and knowledge services company. Since 1999, it has successfully adopted and implemented quizzing and other programmes as an alternative platform for education in India to enhance and sustain awareness and interest levels related to happenings across the world, aided by appropriate technology. These innovations have found considerable success, both in urban and rural areas of India, to deliver knowledge and enhance the confidence levels of the youth.
The winning school teams for TOOISQC will lift the Essa bin Mohammed Al Zedjali Rolling Trophy for their school.
The contest is powered by Creme 21. Major sponsors include the Muscat Pharmary, Pcari Sweat, Denim, Al Mudhish, Suroor and R&B. The co-sponsors are Kwality Ice Creams and Chiko. The official host is Radisson Blu Hotel, Sohar and the official rent-a-car is Sixt rent-a-car while Travel City-Travel Point is the travel partner. Venue sponsors are Al Maya, Malabar Gold, Oasis water, Sapil and Nabil. Other sponsors are Hoshan Pan Gulf, Parker Pens and Al Nahda.