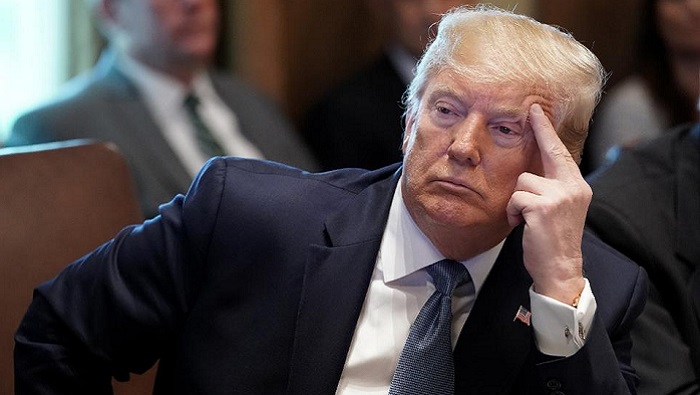 Washington: A federal court in the United States on Friday issued a temporary injunction against the Trump administration's rule that would deny permanent residency in the country for immigrants deemed likely to depend on public welfare.

US District Judge George Daniels of the US District Court in the Southern District of New York wrote in a 14-page opinion that immigrants who would potentially be affected by the White House's "public charge" rule could suffer "irreparable harm" if the regulation went into effect 15 October as scheduled.

"The balance of equities and the interests of justice favour issuance of a preliminary injunction," Daniels wrote.

Under the so-called "Inadmissibility on Public Charge Grounds" rule put forward by the Department of Homeland Security (DHS) on 14 August, the United States will disqualify legal immigrants from obtaining permanent resident status, commonly known as green cards, if they use, or are considered dependent upon, public-assistance programs such as food stamps, housing assistance and Medicaid.

The DHS rule, according to information provided by the department's US Citizenship and Immigration Services, "changes the definitions for public charge and public benefits, and changes the standard that DHS uses when determining whether an alien is likely to become a 'public charge' at any time in the future and is therefore inadmissible and ineligible for admission or adjustment of status."

Daniels argued that the administration's rule "is repugnant to the American Dream of the opportunity for prosperity and success through hard work and upward mobility," adding the measure is "unlawful, arbitrary, and capricious rule."

Several lawsuits challenging the rule are currently underway across the nation, and the nationwide injunction will delay the enforcement of the regulation while those legal efforts are in process.

The district court's ruling came one week after President Donald Trump issued a proclamation saying his administration will suspend entry of immigrants who lack healthcare or cannot prove they are able to pay for medical expenses.

The proclamation, published by the White House on 4 October, requested that those seeking US immigrant visas be covered by "approved health insurance" within 30 days of entry into the country, or possess "the financial resources to pay for reasonably foreseeable medical costs.”