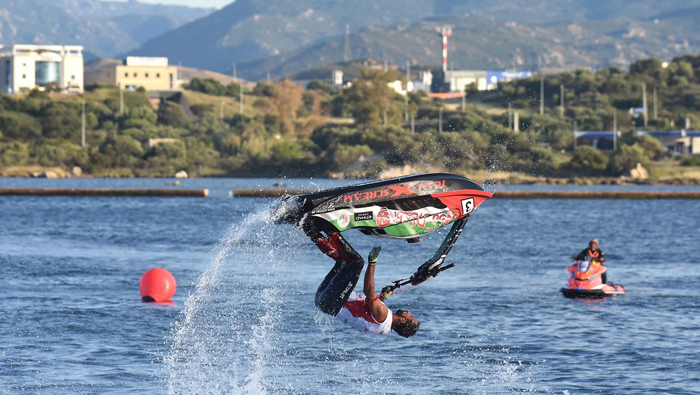 Reigning world freestyle champion Al Mulla, holding a 12-point lead over Italian Roberto Mariani at the top of the standings, will be looking to extend his remarkable winning sequence to a ninth successive Grand Prix in Qingdao on China's Yellow Sea coast.

If he can do that, the final round in Sharjah in December could become a formality for the Emirati, although team-mate Al Tayer has a lot more to do if he is to capture the blue riband Runabout GP1 crown.

After starting the series with his first Grand Prix success in Portugal back in May to grab a share of the championship lead, Al Tayer arrives in China two points behind the current front runner, Denmark’s Marcus Jorgensen, ahead of Friday’s pole position race.

“I said before the start of the season that my target is to win the world title, and that hasn’t changed,” he said. “It’s going to be tough, but I know I showed in Portugal that I can take a Grand Prix and I know what I need to do to win again in China.”

The fact that their normal fuel is not available in China causes some concern for Team Abu Dhabi, and Al Mulla admits to feeling “a little nervous” about the effect on his bike’s performance.

Otherwise, he remains supremely confident in the build up to tomorrow’s (Thursday) pole position action, and rates avoiding errors in his routine and a willingness to take more risks as the main advantages he holds over his competitors.

“The biggest difference is that I get a lot of height and do a lot of scary tricks, but I don’t make mistakes,” says Al Mulla, whose practice regime sees him out on the water for at least five hours a day, four times a week.

Completing the Team Abu Dhabi challenge in China is Salman Al Awadhi who returns to action in the Ski Division GP1 after finishing runner-up in the Runabout GP2 championship in Portugal in June.