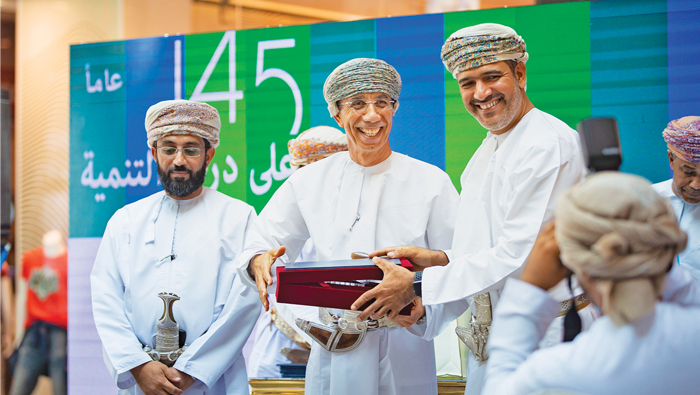 Muscat: Oman Post is projecting strong profit-margins two years from now, thanks to expanding its operations and hiring talented Omanis, according to the company’s CEO Abdul Malik Al Balushi.
“Our plans [to become profitable] are going good so far. We are on our promise. We said 2021, and we will make that happen.”
According to Al Balushi, branching out into logistics and e-commerce, and focusing on hiring talented locals have brought a real shift in how the company’s optics in Oman and has helped Oman Post in moving towards profitability.
“I think people in Oman have seen a visible shift. We’ve got some interesting talent that came in the organisation. A lot of people are showing interest in working for Oman Post, and I believe the company has invested in its brand and the way people perceive it. We have changed the way people see the company. Using the company’s brand image is different from any other.
“When it comes to outbound marketing, we are probably very competitive from a pricing point of view. We might even offer cheaper rates in terms of accessibility, as we have 83 branches around the country. So there are elements that Oman Post offers that others don’t. However, the aim is to improve this and further develop our processes. We want to improve our own profitability so that we can reinvest in the company whether that’s in technology or people,” he said.
Saud Al Shuaili, director general of Communications and Post at the Ministry of Transport and Communications, said that the Ministry is proud of Oman Post’s improvements.
“We are very optimistic regarding the company’s steps in developing the sector. We should not forget about other companies, they are all taking steps, but here we are talking about a government company which is doing pioneering work in mail, especially traditional mail.
Drastically transformed
“The company has drastically transformed in the past two years, and now is active in e-commerce, with the signing of a number of agreements and initiatives to make it easier to transport products to and from the consumer. This is promising for e-commerce, especially when viewed in light of the developments in the logistics sector in Oman.”
According to him, these changes make the company attractive to potential local employees.
“The first thing that Abdul Malik Al Balushi — the CEO — did when he came on was reinforce the company in terms of human resources in an economic sense. Oman Post used to be a Directorate General, and so many employees were government employees focused on that aspect at the time. When it was privatised, it became commercial. “Al Balushi worked to develop the company in terms of gathering employees who could work together and bring the company forward. This occurred in business plans and popularity among users.”
Asked about whether Omanis studying logisitics and moving into e-commerce could find a future working in the postal service in Oman, he said: “Of course, this is doubtless. The sector and Oman Post have a promising future because of the developments in the logistics sector and e-commerce.”