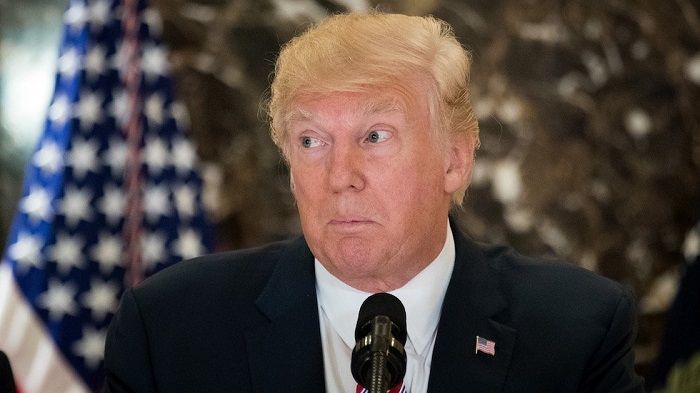 Washington - US President Donald Trump on Monday defended his decision to withdraw US troops from northern Syria, saying that it is time to get out of these "Endless Wars.”

The White House said in a late Sunday statement that the U.S. military "will not support or be involved in" an expected military operation by Turkey in northern Syria, and U.S. forces "would no longer be in the immediate area.”

Trump defended his decision on Monday in a series of tweets. "We stayed and got deeper and deeper into battle with no aim in sight," he said, adding "it is time for us to get out of these ridiculous Endless Wars, many of them tribal, and bring our soldiers home.”

Anonymous officials inside the Trump administration have indicated that the 100 to 150 US military personnel deployed to that area would be pulled back in advance of any Turkish operation, but they would not be completely withdrawn from Syria, reported The New York Times on Sunday night.

"We will fight where it is to our benefit, and only fight to win," he emphasised.

The US president also rebuked its European allies for refusing to take captured IS fighters back to Europe. According to the White House statement, Turkey will be "responsible" for all IS fighters in the area captured over the past two years.

Trump's decision has drawn criticism from lawmakers of both parties.

Trump seemed to revise his stance on the Turkish operation in a later tweet. "If Turkey does anything that I, in my great and unmatched wisdom, consider to be off limits, I will totally destroy and obliterate the Economy of Turkey," said Trump, without offering details.

On 7 August, Turkish and US officials agreed to set up a safe zone and develop a "peace corridor" in northern Syria, which would address Ankara's security concerns about the Kurdish faction that controls the territory.

However, Ankara is dissatisfied with delays in withdrawing the People's Protection Units (YPG), which it sees as the Syrian branch of the outlawed Kurdistan Workers' Party (PKK), while the United States continues arms support to the Kurdish fighters. Turkey also wants to set up military bases in the planned safe zone.