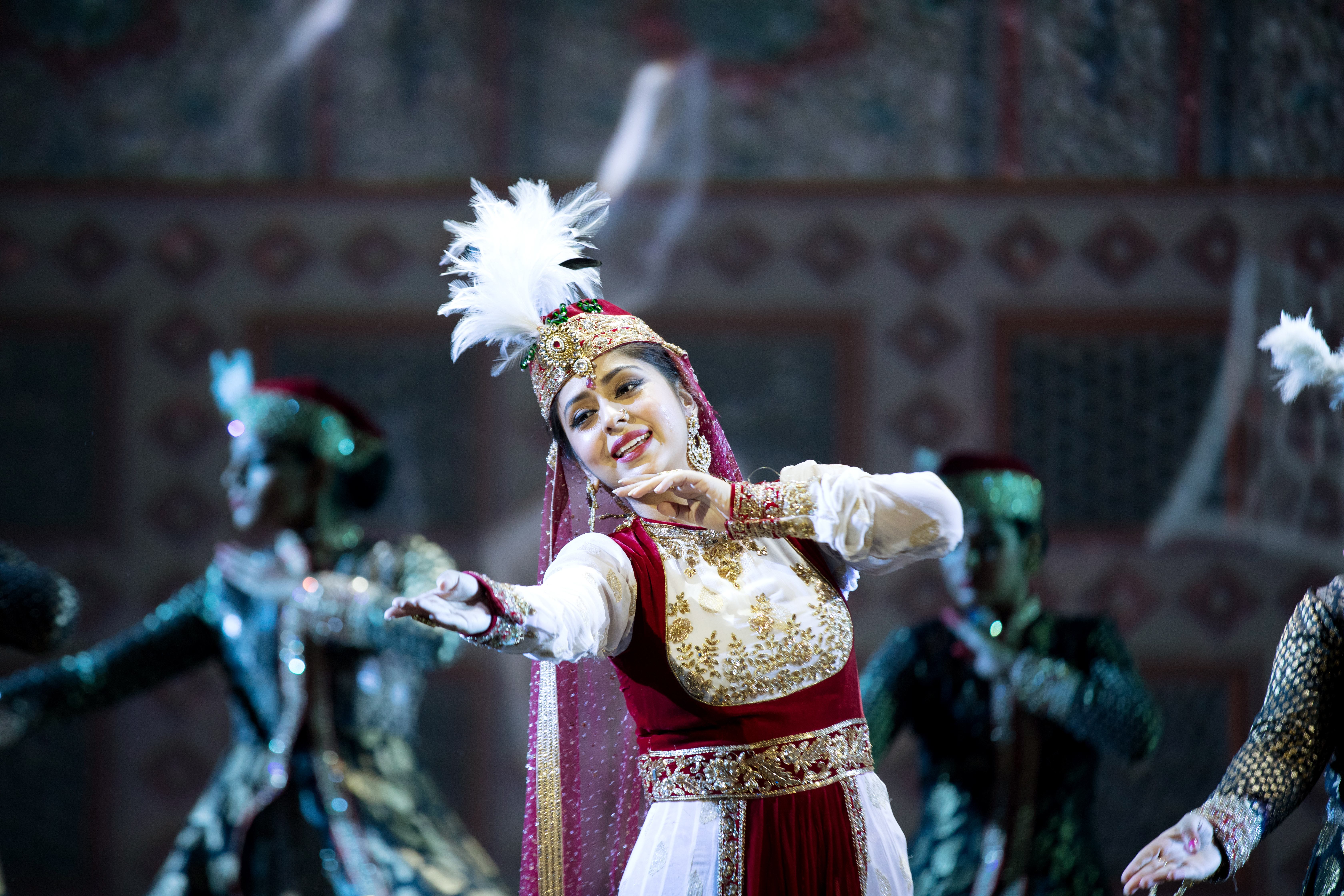 In anticipation of great demand for this immensely popular musical, ROHM is presenting Mughal-e-Azam on two evenings, Friday, 11 October and Saturday, 12 October at 7.00 pm.

This dazzling musical is based on the 1960s smash hit Bolllywood movie of the same name.

Mughal-e-Azam is the story of Prince Salim, son of the notable Mughal Emperor Akbar the Great, who reigned from 1556 to 1605. Though Salim was destined to rule his father’s domain as Emperor Jahangir, his life was far from smooth.

As the story begins, the King declares his desperation for an heir to a mystic and is visited by a woman who promises him that his plea will be answered, in return he offers her a single favour to be called in whenever the need arises. The young prince is born and grows into an arrogant and selfish boy, whereupon his father sends him to join the army where he will mature and reform. Years later he returns, grown, victorious and mighty and falls deeply in love with a court dancer Anarkali.

Furious on this development, Salim’s all-powerful father imprisons Anarkali, and the Prince dares to incite a full-scale rebellion. Prince Salim is defeated and sentenced to death, but there are many twists and turns yet to come as a suspenseful plot unfolds.

Mughal-e-Azam is a breath-taking spectacle with electrifying music and the ultimate 'Bollywood dramatic expression' with incredible dancing, amazing multimedia effects and gorgeous costumes and sets.

Much like the movie which went on to become the highest grossing Indian film of all-time, the theatrical Mughal-e-Azam is the biggest theatre production to hit the stages of India, with 160 successful shows to date.