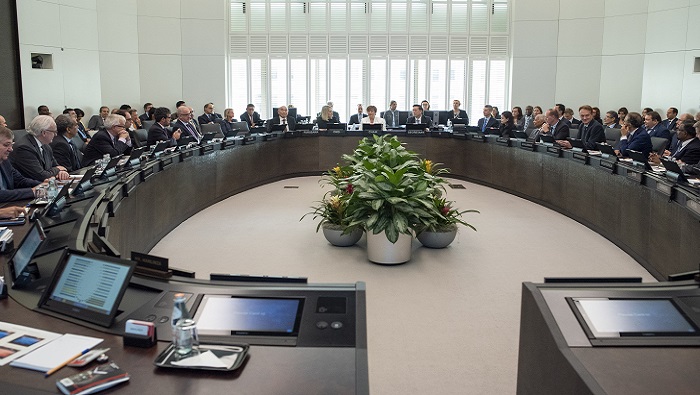 In advance of the IMF’s annual meeting in Washington next week, the Jubilee Debt Campaign (JDC) said the the Fund was breaking its own rules by providing financial support without ensuring that the debt burden was sustainable.

The JDC said the IMF was creating a moral hazard because lenders knew that they would be bailed out no matter how risky their loans might be.

Debt sustainability has come into the spotlight over the past year after the IMF controversially lent a record $56 billion to Argentina even though its annual debt repayments far exceeded the Fund’s own limit. The IMF said Argentina, the second biggest economy in South America, was a special case.

Sarah-Jayne Clifton, director of Jubilee Debt Campaign, said: “The IMF has a policy not to lend into an unsustainable debt situation, but we are seeing it breach this policy far too often, bailing out reckless lenders. This creates a moral hazard in the sovereign debt system. Lenders and borrowers are jointly responsible for ensuring debt crises are prevented.

“By constantly bailing out countries in debt crisis without requiring debt restructuring, the IMF is placing the burden of a crisis squarely on the shoulders of the citizens of a debtor country, letting lenders off the hook and ensuring the cycle of debt crises continues.”

The IMF defended its approach. A spokesperson said: “The methodology used in the Jubilee report is flawed, starting with the misleading headline number of $93 billion. More than half that amount is accounted for by one programme – Argentina, which has unique circumstances.

“The claim that the IMF’s own rules are being breached is not true. We have clear guidelines about not lending into unsustainable debt situations and all programmes require approval by the IMF’s executive board, representing 189 countries.

“The Jubilee report also shows a lack of understanding of the IMF’s lending policies. Our decisions to lend to countries are not simply based on numerical thresholds, but on comprehensive debt sustainability analyses and policies needed to address economic imbalances and debt burdens.”

The JDC said its argument that the IMF should have required a debt restructuring before agreeing to the loan had been supported by the factthat Argentina was now having to restructure the debt a year later. “[The IMF] have a policy not to lend into unsustainable debt situations, and we have presented 18 cases where they are doing exactly that.”

Last year’s IMF loan came only two years after Argentina agreed to repay a proportion of the loans left over from its bankruptcy in 2002, which left $82 billion of debts unpaid.

The deal with a group of hedge funds led by Paul Singer’s Elliott Management landed Argentina with a $4.6 billion bill. The move was expected to clear the way for Argentina to access global debt markets after being excluded for 14 years, but a recovery in the nation’s finances failed to materialise and it was quickly forced again to the edge of bankruptcy.

As part of the IMF deal, Argentina agreed to reduce its fiscal deficit to 1.3 per cent of GDP this year, down from 2.2 per cent previously and a balanced budget next year. However, concerns that a general election later this month will oust incumbent president, Mauricio Macri, in favour of the populist Alberto Fernández and his running mate, the former president Cristina de Kirchner, triggered a flight of investors, a run on the currency and sent the interest rate on the country’s publicly traded debts soaring.