At least 109 killed, over 6000 injured as Iraq anti-government protests continue 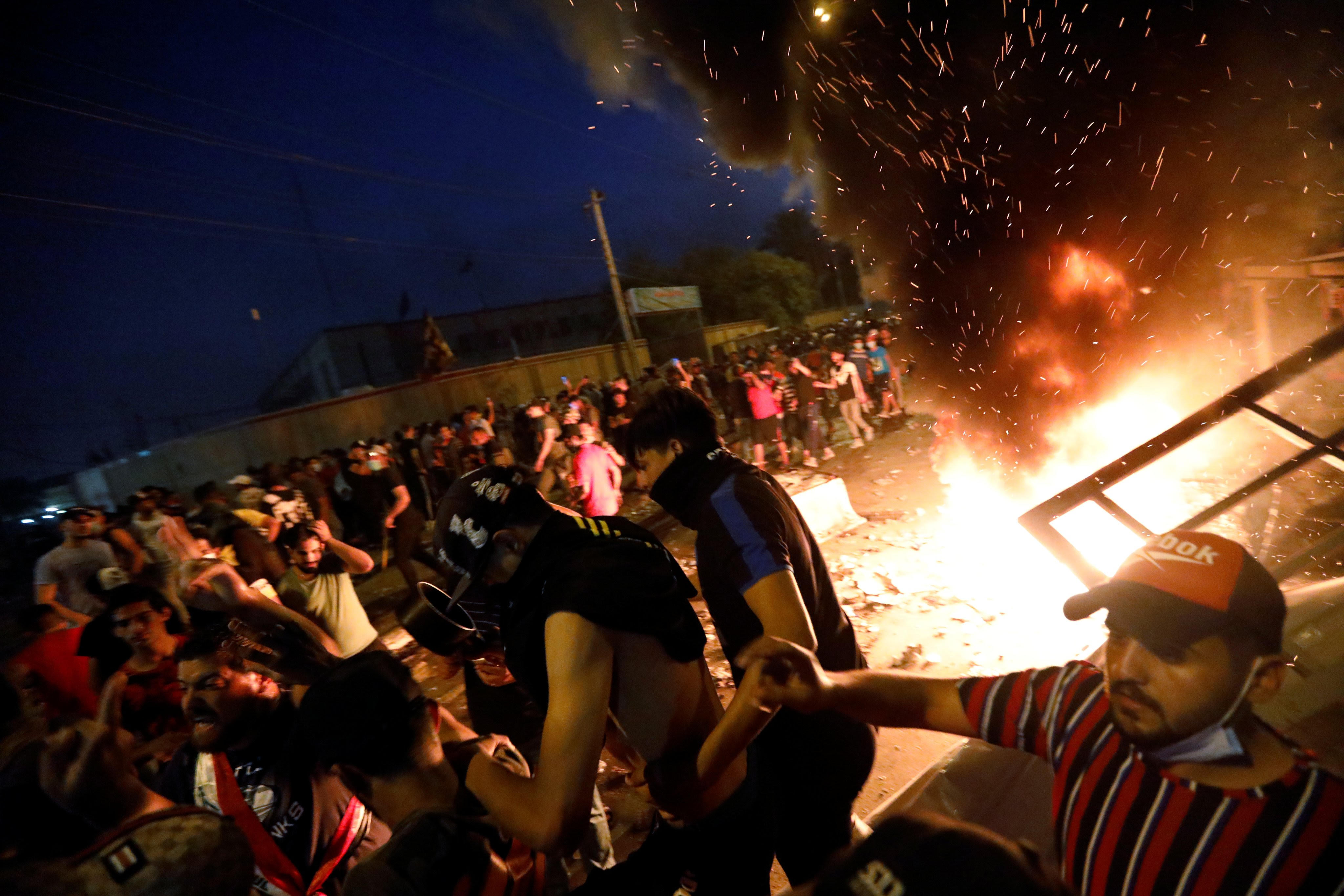 Baghdad: Iraq has been rocked by days of protests, as thousands of mostly young men have been demonstrating in different parts of the country against corruption, unemployment and poor public services.

The mostly leaderless demonstrations are the biggest challenge yet to the year-old government of Prime Minister Adel Abdul Mahdi.

Iraq's government has denied that any of its security forces have fired directly at protesters during six days of violent demonstrations.

At least 109 people have now been killed since the unrest began on Tuesday - and more than 6,000 people have been injured.

Of the fatalities, at least 12 were confirmed killed as of early Monday, a medical official in a local hospital and a security official said.

The officials, who did not provide details, spoke on condition of anonymity because they were not authorised to speak to reporters.

Security forces have beefed up their presence in central Baghdad, deploying as far as Sadr City to seal off Tahrir Square on Sunday.

At least eight people were killed and 25 wounded in new clashes between demonstrators and police in eastern Baghdad, police and medical sources said.

The deaths in Sadr city added to a toll of more than 100 people killed since the protests began.

Eight party buildings and 51 public and private institutions were set on fire during the demonstrations, Saad Maan, spokesperson for Iraq's interior ministry, told journalists in a news conference in Baghdad.

Maan also said that two police checkpoints were set ablaze during the protests.

An interior ministry spokesperson said at least 104 people, including eight members of the security forces, were killed in the unrest, with 6,107 people wounded.

Saad Maan claimed government forces did not fire directly at protesters, saying that "malicious hands" targeted both protesters and security forces on Friday, the bloodiest day of the unrest in Baghdad.

He added that authorities condemned all attacks against media outlets, after reports of raids at the offices of several local and international news outlets by unidentified groups.

Soldiers have fired in the direction of about 300 anti-government protesters who gathered in a suburb of Baghdad.

The protesters, mostly young men, were scattered in side streets near Sadr City, according to reports. Troops blocked the main road preventing them from advancing and fired above the protesters' heads. Ducking, the protesters piled over one another taking cover behind a short wall.

The protests come despite calls from Abdul Mahdi for the demonstrators to stay off the streets.

Prime Minister Adel Abdul Mahdi's cabinet issued a series of reforms after an "extraordinary" session overnight in response to the sweeping anti-government rallies.

The cabinet issued a decree including more than a dozen planned reforms, including land distributions, military enlistment and increased welfare stipends for needy families, according to reports.

In response to staggering youth unemployment, which has reached about 25 per cent according to the World Bank, the government said it would create large market complexes and boost benefits for those without work.

According to reports from Baghdad, fresh clashes took place on the capital's outskirts with security forces firing tear gas and live ammunition at protesters as they attempted to push into the city's central Tahrir Square.

"What we've seen and heard here in Baghdad in the early hours of the morning is clashes between security forces and protesters in the outskirts,” a journalist in Iraq said.

"Beyond the protest movement, there is also a political crisis brewing. The year-old government of Prime Minister Adel Abdul Mahdi is facing its biggest challenge yet."

"There was supposed to be an emergency parliamentary session on Saturday [but] that did not happen. The speaker of parliament then announced his support for the protesters in a news conference. Many people are calling for new elections to take place."