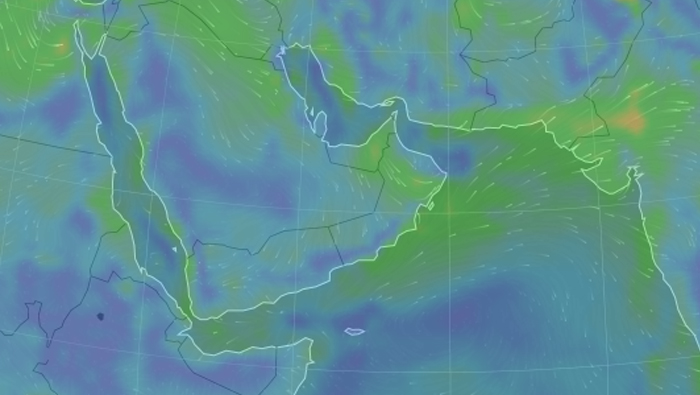 Muscat: Tropical activities and storm season is approaching Oman as May has arrived, bringing high temperatures, an official at the Public Authority for Civil Aviation (PACA) has said.
Get your essential daily briefing delivered direct to your email inbox with our e-newsletter
While it is not possible to forecast the number of cyclonic storms, the PACA official did not rule out the possibility of unstable weather conditions by the end of May and the beginning of June.
“Chances of tropical storms formation during this month and the beginning of June have been already indicated by several numerical weather prediction models,” he said.
Stay ahead of the rest and download our free WhatsNews app for Apple, Android or Blackberry
However, the forecasters have not yet announced the exact areas which will be hit by storms and accompanied with rain.
“We are going to inform the public about the latest updates as soon as we get more accurate forecast,” he said, adding that Oman National Multi Hazards Early Warning Centre is keeping a close eye on the wind movement and sea surface temperatures in the Arabian Sea and the Bay of Bengal.
“Areas near the equator are more prone to tropical storms and cyclone,” he said, adding that the Sultanate is ready for any possible depression or tropical storm as the officials have enough experience to deal with unstable weather conditions such as Chapala and Nilofar and many others.
In the first week of April, many areas of the Sultanate witnessed heavy rain as weather monitoring station in Bahla recorded 107.4 millimetres (mm) of rainfall, while Samail recorded 22.6 mm and Bausher 13.2 mm.
According to the Directorate General of Meteorology at PACA, the Wilayat Ibri recorded the maximum amount of rain during April 2016.