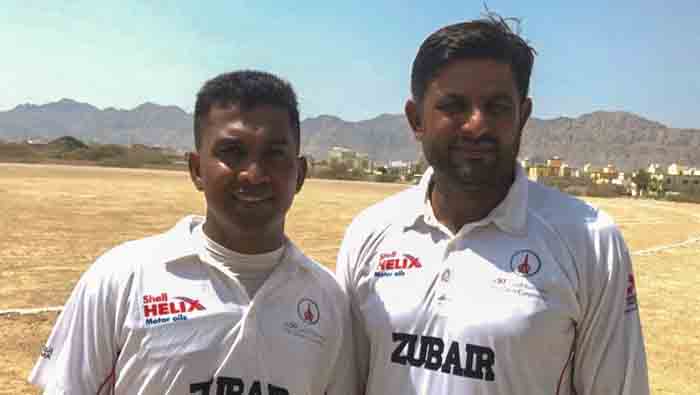 Muscat: Outstanding all-round performances by Shabeeb Parammal and Iqbal Mohammed powered Basta CT to a last-over victory over Al Mardhuf despite brilliant century by Nadeem Mohammed in a B Division League game at Muscat Municipality ground 1 in Amerat on Friday.

Batting first, Al Mardhuf scored 217 for 9 in 30 overs thanks to a solid 105 by one drop Nadeem who struck 14 fours in his unbeaten knock. Shabeeb led the bowling honours, taking 4 for 24 while Iqbal claimed 2 for 27.

Basta looked on track batting at 126 for 3 in 20 overs before a sudden collapse pushed them to 158 for 8 in 25 overs. However, a magical 62-run unbroken 9th wicket partnership between Iqbal (35 not out) and Shabeeb (28 not out) secured a scintillating win for their side, Basta scoring 220 for 8 with only a ball to spare. Leading from the front, captain Prasad Peruli topscored with a superb 82. Shantilan Shivji and Sufyan Mohammed bagged three and two wickets respectively.

Sagher Mohammed was the star batsman for Zubair CT in a pulsating chase before a last-ball boundary steered his side to a nerve-wracking victory against NBO in a crucial C Division clash at Muscat Municipality ground 3.

Zubair stayed in the hunt till the very last over, requiring 10 runs to win. With the scores level at 179 with a ball to spare, Mohsin Abbas struck a four to seal a thriller for his team which ended up scoring 183 for 7 in 20 overs. Sagher led the way with a solid 64 while Ruwan Rupa remained unbeaten at a fighting 42. Mustansar claimed three wickets for NBO.

Aptus failed to post a challenging total on the board, getting dismissed for 138 in the 20th over. Muhammed Shafeeq (49) and Biji Sunder (33) were their main scorers. Mohammed Abbas, Mohammed Riyaz and Haja Hussain picked up two wickets each.