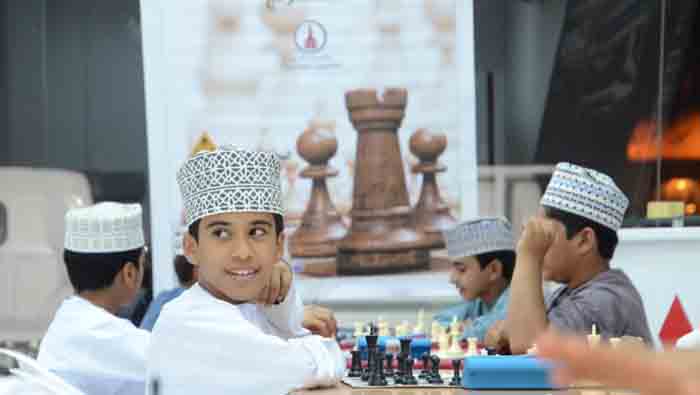 It may be recalled that under the framework of augmenting public and private sector partnership, The Zubair Corporation LLC (Z-Corp) had recently renewed its sponsorship agreement with Oman Chess Committee (OCC). As part of the agreement, Z-Corp supports all the activities of Oman Chess Committee in the coming years. The agreement between Z-Corp and OCC was enabled by Oman Olympic Committee as part of their plans to assist sports associations and athletes to get the support of the private sector companies.

To popularise the mind sports, Z-Corp couple of years ago in cooperation with the OCC had established Zubair Chess Centres in Muscat, Ibri, Sohar, Nizwa and Salalah.

The matches were held in Ibri with the purpose to help youngsters participate, qualify and represent the Sultanate in international sports platforms. In under the general category, Hamood Bin Mohammed Al Busaidi won the first place.

Coaches Mussalan Al Wadahi, Bashir Al Mukhaimi and Hamdan Al Hinai participated in the tournament. The competition followed the principles of the Swiss System and each category had to play nine rounds of chess, at 20 minutes plus 10 seconds per move.