Thousands across Asia Pacific march in solidarity with Hong Kong 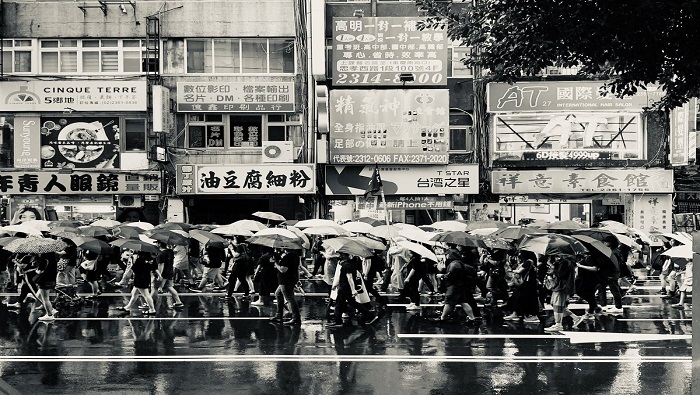 Taipei: Thousands of people have marched in cities in Australia, Taiwan and Japan to show their support for pro-democracy protesters in Hong Kong.

The "anti-totalitarianism" rallies on Sunday were part of a coordinated day of global protests, with solidarity marches to denounce "Chinese tyranny" planned in 60 cities across the world.

The global day of action comes as Beijing prepares to mark the 70th anniversary of the founding of the People's Republic of China on Tuesday.

The demonstrations kicked off in Australia's Sydney, with more than 1,000 black-clad protesters taking to the streets, chanting "fight for freedom" and "stand with Hong Kong". In the cities of Melbourne and Brisbane, protesters sang "Glory to Hong Kong", the anthem of protesters in the semi-autonomous Chinese territory, according to videos posted on social media.

The demonstrations were sparked in June by a now-shelved extradition bill, but have since swelled into an anti-China movement. Beijing has denounced the protests, and accused foreign governments, including the United States and Britain, of fanning anti-China sentiment.

In Sydney, Bill Lam, a 25-year-old student from Hong Kong who moved to the city two months ago, said protesters in his home city had become "very desperate" and simply wanted authorities to respect "their basic human rights".

Frankie Lo said he had lived in Australia for years, but continued to care deeply about the situation back home.

"We still believe in one country, two systems, but they just have to follow the Basic Law," the 47 year old said, referring to the legal system put in place when the former British colony returned to Chinese rule in 1997. "It's not about independence."

Some two thousand people rallied in Taipei, the capital of Taiwan, gathering outside the parliament under torrential downpours.

Protester Pan Hou-hsun, who said he was in his forties, portrayed Taiwan and Hong Kong's fates as linked because both places worry about the growing assertiveness of China.

"To protect a democratic and independent Taiwan, we are standing behind Hong Kong," he said.

Taiwan has been a de facto sovereign nation since the end of a civil war in 1949, but China still views the island as its territory and has vowed to seize it - by force if necessary.

"I came here but I want to support them from Australia," he said. "I feel so sad every night because I watch the live video (from Hong Kong) on Facebook and some social media."

About 400 people turned up for the protests in Japan's Tokyo, according to the NHK broadcaster. They held up placards saying: "Fight for Hong Kong's freedom."

In Hong Kong, thousands defied a police ban and gathered in Causeway Bay, a busy shopping district. Some were holding so-called "Chinazi flags", a version of the Chinese flag where the yellow stars are in the shape of a swastika.

Some of them defaced, tore down and burned signs congratulating the Communist Party ahead of China's National Day. Others sprayed graffiti along walls and smashed windows at a subway exit.

Police fired round after round of tear gas and used water cannon to disperse the protests. There were no immediate reports of serious injuries.

Students are planning a one-day strike on Monday while activists have called for people to dress in black on Tuesday.

Earlier on Sunday, hundreds of pro-Beijing supporters sang the Chinese national anthem and "Happy Birthday" in a counter show of solidarity for Chinese rule.

Wearing red and carrying Chinese flags and posters, they chanted "I am a citizen of China" at a waterfront cultural centre.

They were later bused to the Victoria Peak hilltop for the same repertoire.

Organiser Innes Tang said the crowd, all Hong Kong citizens, responded to his invitation on social media to "promote positivity and patriotism" and urged protesters to replace violence with dialogue.