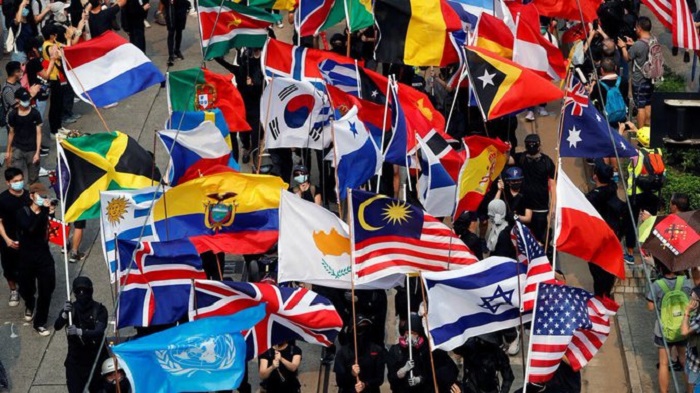 Hong Kong: When Chinese president Xi Jinping warned his Communist party cadres against the threats of “black swans” and “grey rhinoceroses” in January, there was little sign of what would lie ahead.

The millions-strong protests in Hong Kong in recent months, sparked by a controversial extradition law, have morphed into an unprecedented political storm that has blown up in the faces of Hong Kong and Chinese leaders.

A huge protest, planned for 1 October, is set to overshadow the celebrations of the 70th anniversary of the establishment of the People’s Republic of China. This is the last thing Xi would want the world to see.

Analysts say years of complacency by Chinese and Hong Kong governments have played a role. After the Umbrella movement in 2014 failed to pressure Beijing into granting genuine universal suffrage in Hong Kong, apathy pervaded as the pro-democracy movement dwindled. Two years ago, when the Hong Kong government ejected six pro-democracy lawmakers, it managed to pass many unpopular bills. It expected the extradition bill would also be rammed through in June in the same manner.

However, officials have underestimated the deep resentment that has grown over the past 22 years, since the handover of sovereignty from Britain to China. Many rights have been eroded and the Hong Kong government, which spends heavily on infrastructure and cultural projects to integrate more closely with China, is seen as working for Beijing while undermining Hongkongers’ interests.

“To the Communist party, the events in Hong Kong signal its failure,” says Jean-Philippe Béja, research emeritus professor at the centre for international studies and research at Sciences-Po in Paris. “A generation raised under the red flag not only has not become ‘patriotic’ as it hoped, but has become increasingly estranged from China.”

Protesters call the movement a revolution to “reclaim” and “liberate” Hong Kong.

“The level of anti-China feelings so candidly expressed is new in Hong Kong. In the past it has been cautious; now the young are much more vocal,” says Jean-Pierre Cabestan, a professor at Hong Kong Baptist University. “This is seen by China as a direct challenge.”

Analysts say a catastrophic confrontation is inevitable, because the crisis is essentially the manifestation of a clash of political ideologies.

China has a completely opposite set of values to those Hongkongers are clamouring for such as democracy, rule of law and basic civil rights. But Xi, who aspires to Mao’s hardline leadership, has been reinforcing the party dictatorship since he came to power in 2012 and does not want to be seen as retreating in front of a mass movement, says Béja. “He has to show the Chinese people that the so-called democratic values result in chaos.”

Reflecting their Marxist-Leninist perspective, Chinese officials see material issues as the only solution. Chinese officials and state media have repeatedly said unaffordable housing and employment issues are the “root cause” of the social unrest. They believe the solution is to ease land supply, cool property prices, and above all, step up economic integration as well as ideological education – the very elements that have aroused resentment towards China.

They would rather not touch the “superstructure” of ideology, political institutions and the state authority, says Wu Qiang, a former politics lecturer at Beijing’s prestigious Tsinghua University. “They’re not willing to use political solutions or democratic dialogue to resolve problems. It is definitely a clash of political values, and there is no solution ... They don’t understand Hong Kong.”

The Hong Kong crisis has posed a challenge to Xi’s authority, especially against the backdrop of the US-China trade dispute. But his position in the party seems unshaken, analysts say.

“Inevitably, there are factions in the party that are against him, but unless powerful factions merge to take actions, his position remains unchallenged,” says Ngan Shun Kau, a former editor at pro-Beijing Wen Wei Po.

Official Chinese rhetoric casts the Hong Kong protests as incited by “foreign hostile forces” such as the US and the UK to undermine China.

“Xi is trying to put the blame on the foreign hostile forces, but his rivals inside the apparatus note that his hard line is not solving the crisis. They might use this failure against him when the opportunity arises,” says Beja.

While the Hong Kong government appears to be adopting a “wait it out” strategy in the hope of a change in public opinion as the protests get increasingly radical and violent, Beijing is quietly bolstering its power in the semi-autonomous city.

In an unprecedented move, China’s public security minister, or head of police, Zhao Kezhi has recently become a deputy head at the Communist party’s Hong Kong Macau liaison committee, the highest-ranking decision-making body on Hong Kong affairs, according to a report this month.

“No one had ever heard of the public security system getting involved in Hong Kong affairs before. This is highly significant,” says Willy Lam, an adjunct professor at the Chinese University of Hong Kong.

In late August, on a visit to the border province of Guangdong, Zhao urged police to crack down on “violent and terrorist activities” and to defend political security ahead of the 70th anniversary. Back in January, while Xi warned about unpredictable risks, Zhao said China’s security forces must prevent and resist “colour revolutions” that foment regime change.

Béja says Zhao’s appointment, which has not been officially announced, means the party regards the Hong Kong crisis as a national security issue and is determined to prevent contagion spreading to the mainland.

While the movement has highlighted the huge conflicts between China and Hong Kong, with the protests turning more violent and radical, Beijing will only step up its control on Hong Kong, Cabestan says.

“The issues at hand are largely unsolvable. The movement has morphed into a democracy movement and Beijing will never give that,” he said. “Beijing will continue to narrow Hong Kong’s political autonomy.”