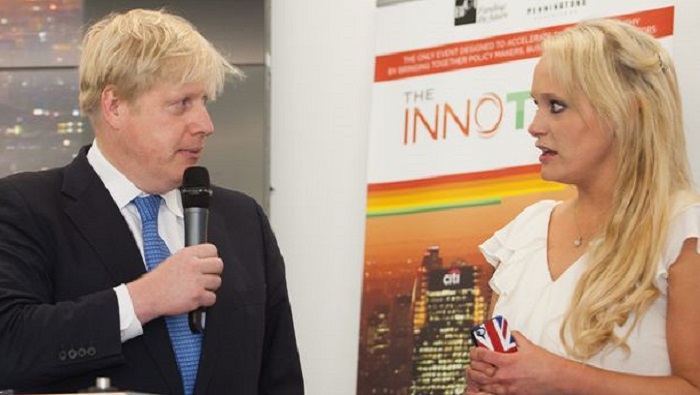 London: United Kingdom Prime Minister Boris Johnson’s first day at Conservative party conference as prime minister was overshadowed by allegations of misbehaviour, as Downing Street was forced to deny allegations that he had groped a female journalist.

After days of revelations about his relationship with American tech entrepreneur Jennifer Arcuri, whose company received a public grant, Johnson was accused of grabbing the thighs of two women at a lunch while he was editor of the Spectator magazine.

The Sunday Times journalist Charlotte Edwardes claimed that at a private lunch in 1999, Johnson groped her leg under a table, grabbing “enough inner flesh beneath his fingers” to make her “sit upright”. She also alleged that he did the same to another woman at the same event.

Downing Street initially declined to comment on Sunday; but after senior ministers were peppered with questions about the alleged incident, a No 10 spokesperson said: “The allegation is untrue.”

Sources said the quote related specifically to the allegation that Johnson put his hand on Edwardes’ knee.

The prime minister is said to be furious at the claim, which Downing Street insiders privately described as “bollocks” and “nonsense”.

Edwardes tweeted on Sunday night: “If the prime minister doesn’t recollect the incident then clearly I have a better memory than he does.”

Matt Hancock, the health secretary, who ran against Johnson for his party’s leadership, was initially criticised for suggesting the issue related to Johnson’s private life. Johnson “never lectured people about their private lives,” he said.

However, Hancock later told Channel 4 News of Edwardes: “I know her and I know her to be trustworthy.”

Johnson had hoped to use this week’s conference in Manchester to drive home his “Get Brexit Done” slogan, and to highlight a series of domestic policy announcements, including on the NHS, law and order and schools.

But he has been dogged by allegations about his personal conduct since he launched his Tory leadership campaign earlier this year.

Reports revealed in June that police had been called to a loud altercation at the London flat he shared with his partner Carrie Symonds. She has accompanied him to the party conference in Manchester.

Tory MP Rachel Maclean, who also works for the Conservative Women in Parliament Group, said she was proud to work under a feminist prime minister.

She said: “I am a feminist. I am proud to say that and I’m proud to be part of a government that is led by a feminist.”

Former defence secretary Penny Mordaunt said Johnson “has the style of Frank Spencer in a china shop but he is a decent person and I think he cares a great deal about women and girls”.

Asked whether Johnson had questions to answer over the allegations, Nicky Morgan, the culture secretary and former women’s minister, said: “It’s not something I know anything about. I’m sure members of the press will put their questions directly to the prime minister.”

Liz Truss, the international trade secretary, who is also responsible for women and equalities on behalf of the government, said at a fringe meeting that she was not familiar with the Sunday Times report.

She added: “I will need to look at that in more detail.”

However, some Conservative activists expressed concerns. One announced she had quit the Conservative party over Johnson’s attitudes towards women, and criticised other women in the party for defending him.

Aceil Haddad, a PR consultant who has run as a Tory councillor and Greater London Authority member, said: “You only need to look at the Sunday Times to see what is being accepted, and the reason why I left is I can’t stand as a Conservative and say I can see the greater good because that means I’m allowing it to happen.”

Addressing party activists, she said: “I want you to do something. Say this is not acceptable.”

She said: “Politics and the act of law making has been boiled down to willy-waving, theatrics and ‘he said-he said’.”

Asked how Tory women could defend the prime minister, Haddad said: “Look at his attitude towards women ... Unfortunately we have got women who are scripted. They don’t feel like they can say anything.”

Last week, Johnson was criticised for being insensitive and using inflammatory language after a string of clashes with female Labour MPs.

Labour MP Dawn Butler, the shadow women and equalities secretary, has written to Sir Mark Sedwill, the cabinet secretary, and James Cleverly, the chair of the Conservative party, calling for an “urgent and thorough” investigation into the “serious allegations of misconduct”.

Butler writes in her letter that this is the “latest in a number of serious charges of abuse of power” made against Johnson, which includes allegations of conflicts of public interest and misuse of public funds after failing to declare an interest in the allocation of public money to Arcuri.

Liberal Democrat leader Jo Swinson said: “Boris Johnson probably doesn’t even remember this incident, because to men like him it won’t even register as sexual harassment and an abuse of power.

“The power and privilege that has surrounded Boris Johnson his entire life means he has avoided facing the consequences of his actions.”