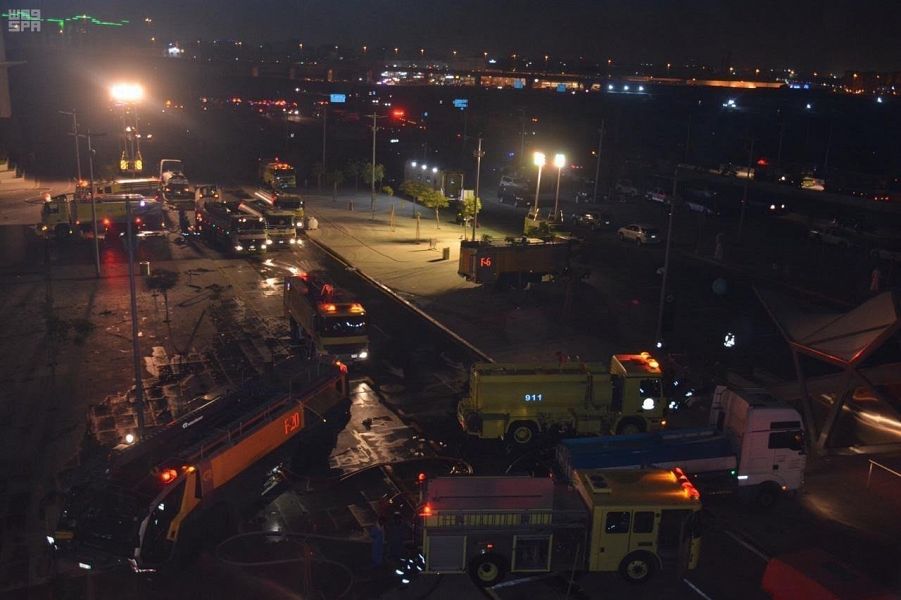 Muscat: A fire broke out at the Al Haramain Train Station and has been brought under control by the Jeddah Civil Defense, the Saudi Press Agency (SPA) announced on Sunday.

According to the agency, 11 injured were taken to the hospital for treatment.

SPA said in a statement online: "The General Directorate of Civil Defense in Jeddah received a report on Sunday that a fire had broken out on the roof of Al-Haramain train station in Sulaimaniyah district, where, immediately, the civil defense teams in the governorate moved to control the situation and with the help of civil aviation inspected the site from above due to the large area of the fire."

"16 medical teams were present at the site, and 11 people were transferred through medical teams from Health and Red Crescent to hospitals where some were treated and 8 patients remained under medical care," the agency added.

The civil defense in Jeddah announced that it had full control of the fire and investigations are underway to find out its causes.

His Royal Highness Prince Mishaal bin Majed bin Abdulaziz, Governor of Jeddah, directed the participating authorities at Al-Haramain Train Station to redouble their efforts and provide the necessary services after completely extinguishing the fire and facilitating traffic on the roads surrounding the station in front of vehicles as soon as possible.