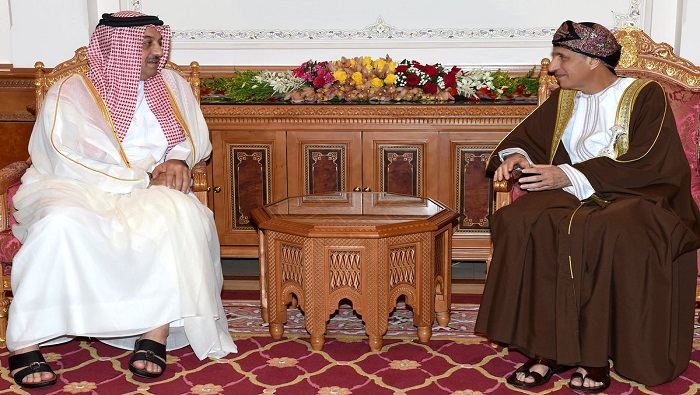 Muscat: His Highness Sayyid Fahd bin Mahmoud Al Said, Deputy Prime Minister for the Council of Ministers, met yesterday with the ministerial representatives of the GCC countries who are in the Sultanate to attend the 29th meeting of the Ministers of Justice.

During the meeting, they discussed important topics, including litigation procedures and the process for expediting judgment as well as enhancing joint GCC action.

During the meeting with Sayyid Fahd, the Deputy Prime Minister and Minister of State for Defence Affairs of Qatar conveyed the greetings of His Highness Sheikh Tamim bin Hamad Al Thani, the Emir of Qatar, to His Majesty Sultan Qaboos bin Said and his sincere wishes for success and the further progress and prosperity of the Omani people. -ONA