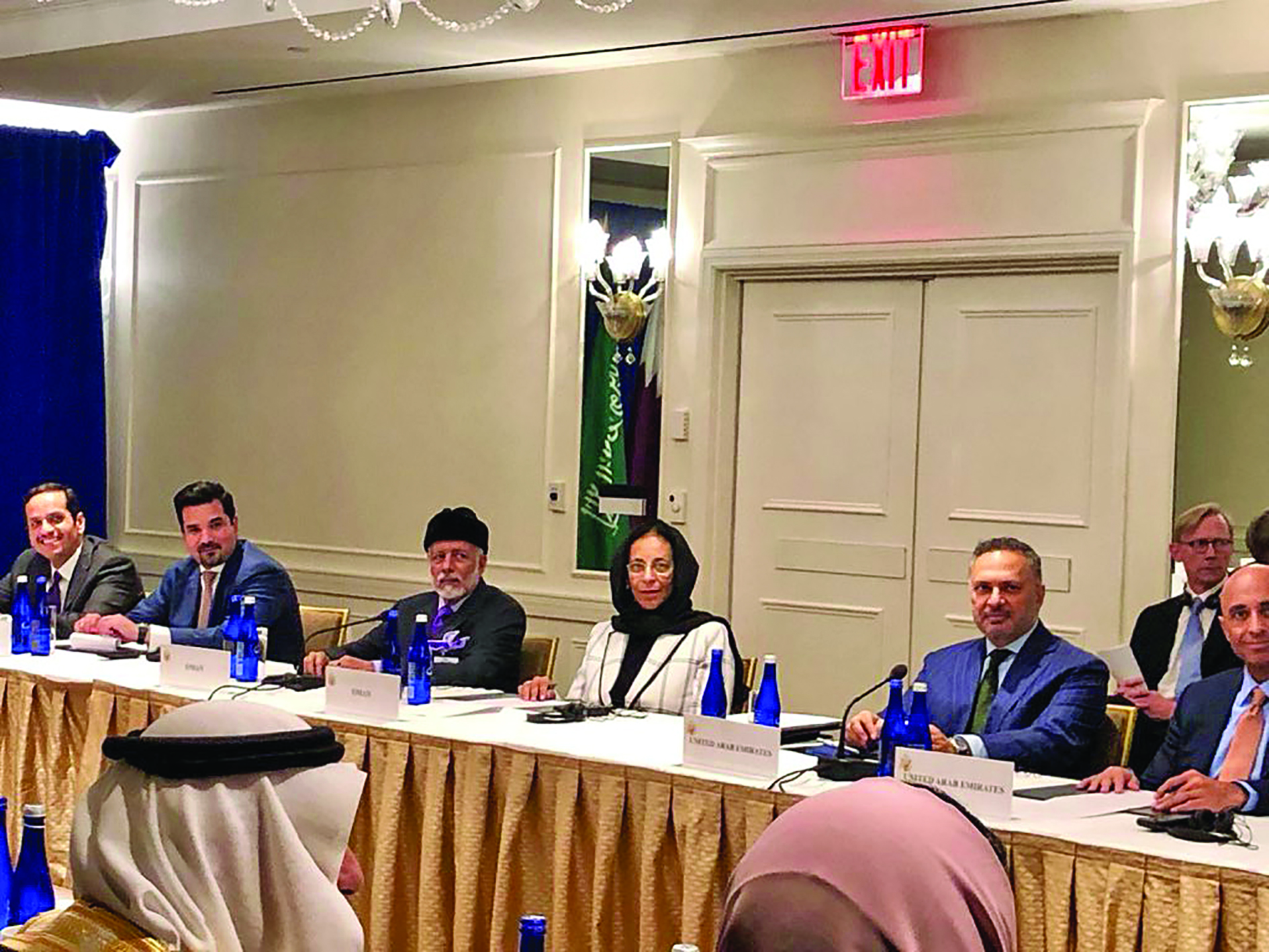 New York: The Sultanate participated in the 74th session of the UN General Assembly in New York with a delegation led by Yousuf bin Alawi bin Abdullah, Minister Responsible for Foreign Affairs.
The session was opened last night in the presence of the UN Secretary-General, Antonio Guterres, Nigerian Tijjani Muhammad Bande President of the 74th session of the UN General Assembly and representatives of the UN member states with the participation of some 193 countries, and 98 world leaders.
The summit discussed ways to address discrimination and religious persecution, cooperation frameworks to promote respect and preserve religious freedoms, and calling on the international
community to take measures to address the challenges posed by the increasing oppression of religious minorities around the world.
On the sidelines of the Sultanate’s participation in the 74th General Assembly Summit, Yousuf bin Alawi bin Abdullah, participated in a meeting of foreign ministers of GCC countries, Jordan, Iraq and United States. The meeting was attended by US President Donald Trump, who stressed the importance of the distinguished relations between the US and the GCC, Jordan and Iraq.
The US president said that his country is keen on the stability of the region and that it “will spare no effort in pushing forward to maintain security and freedom of navigation in the Gulf region.”
GCC countries
The GCC countries and the People’s Republic of China also held a meeting. The meeting was chaired from the GCC side by Yousuf bin Alawi bin Abdullah and current Chairman of the GCC Ministerial Council and from the Chinese side by Chinese Foreign Minister Wang Yi.
The meeting was attended by Sheikh Sabah Khalid Al Hamad Al Sabah, Deputy Prime Minister and Minister of Foreign Affairs of Kuwait, Dr. Anwar Gargash, Minister of Foreign Affairs of the United Arab Emirates, Dr. Abdul Latif bin Rashid Al Zayani, GCC
Secretary-General, and delegations from GCC member states.
The meeting discussed cooperation between the two sides within the framework of the strategic dialogue between them and discussed ways to enhance and develop joint cooperation in various political, economic and social fields. The two sides reviewed the latest regional and international developments and issues of common interest.
Bin Alawi praised the relations between the People’s Republic of China and the six GCC countries through mutual talks and meetings between the two sides over the past years, stressing that they have resulted in more understanding by enhancing support and trust in all fields, related to investment in the economic, educational and technological aspects.
He commended the positive results from the implementation of the recommendations of the MoU for the strategic dialogue between the two sides, which led to the prosperity of relations either at the bilateral level between China and the GCC countries or through joint cooperation between the GCC countries.
At the end of the meeting, bin Alawi stressed the importance of continued strategic cooperation between China and the
countries of the region and its role in providing economic and political support to ensure security and stability, especially with regard to maritime security.
He pointed out that the Sultanate is keen on the security of the Strait of Hormuz and stresses that this Strait remains open to international trade in all circumstances and that the Sultanate is keen not to make this region vulnerable to conflicts, stressing the importance of adhering to the maritime law of international navigation.