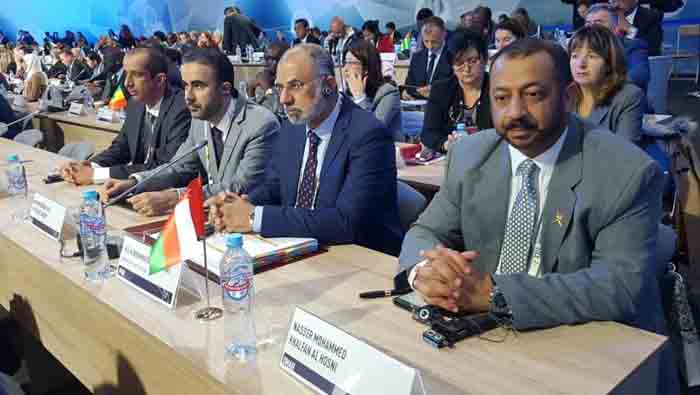 Muscat: The Sultanate is participating in the 23rd INCOSAI Congress of the International Organisation of Supreme Audit Institutions (INTOSAI) in Moscow, Russia, that is being held from 23 - 27 September.

The Congress kicked-off with an opening speech presented by INTOSAI's secretary general where they emphasised on the significance of the meeting in which member states can exchange knowledge and experience, and review subject matters relevant to SAIs’ mandates.

The Congress hosted a number of sessions including a session that touched on the review of a number of technical and follow-up reports such as INTOSAI president's report, steering committee report on emerging issues and a report presented by Norway on the interaction of the INTOSAI with donor organisations.

The second and third sessions of the Congress will involve presentations of a number of papers that would highlight the two primary themes of the Congress which are: 'Information Technologies Role in Developing Public Sector’ and 'The Role of SAIs in Achieving Priorities and National Objectives'.

The first topic is related to the quality of digital data and its role in boosting public management, in addition to the role of big data in SAIs activities. The second topic focuses on discussing strategic auditing: assessing the objectives and impact of government programmes and policies as well as the relevant risks, and the insight and analytical reasoning of SAIs: social and environmental dimensions for sustainable development.

The Congress will conclude its sessions by an election of the members of the Governing Board of the INTOSAI and members of INTOSAI Accountants. In addition, the 24th INTOSAI Congress host country will be announced by the end of the sessions.

On the sidelines of the Congress, the 72nd meeting of the INTOSAI Executive Council was held, in addition to other meetings of the INTOSAI primary committees which are: professional standards, capacity building and knowledge exchange.

On the other hand, Omani SAI's chairman met with chairmen of counterpart SAIs of other countries. The chairman discussed cooperation and strengthening relations in the field of exchanging expertise, capacity building and functional competencies of SAI's employees.

INCOSAI international Congress brings together all INTOSAI Member States. The general session of the Congress takes place every three years, chaired by the host SAI.
The Congress provides the opportunity to all INTOSAI members to exchange knowledge and expertise, discuss critical technical subject matters in addition to putting forward proposals and resolutions that will lead to improving financial audit internationally.

The Congress is attended also by representatives from the United Nations (UN), World Bank, and other international organizations and houses of expertise.