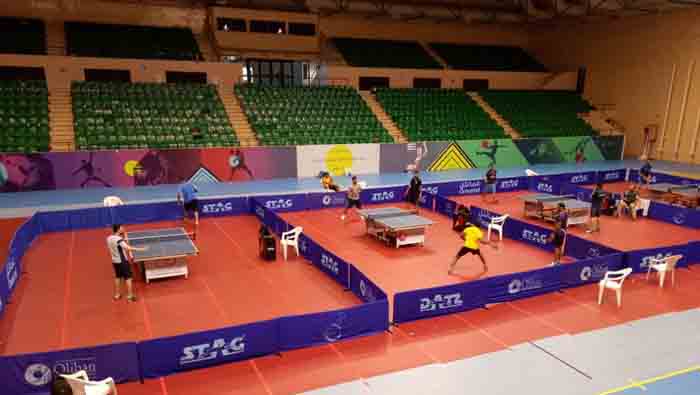 Muscat: Oman Table Tennis Committee (OTTC) is set to kick off its biggest domestic event through organising the Sultanate table tennis championship on Thursday. The four days tournament will take place at the main hall of Sultan Qaboos Sports Complex in Bousher.

Three main categories will feature this edition of the national table tennis championship including general, junior and cadet. Beside to the mentioned categories, the final match of the singles (general category) will be held on Sunday as a part of the championship conclusion day.

OTTC completed all the final preparations to begin the top local competitions as it will feature many clubs to compete on the table tennis shield. The Defending champion, Seeb, the runner up Dhofar, Ahli Sidab, Al Nasr, Ibri and Bahla will compete at the general category. The matches will be played as league system from one single round and the top team in the group will clinch the title. Al Nahdha who positioned fourth in the last edition regretted to participate in this version.

Saham, Dhofar, Al Ittifaq and Seeb secured their spots at the Sultanate table tennis championship from junior category. Ibri, Saham, Al Ettifaq and Seeb will compete at the cadet category.

The Ibri Club had broke the domination of Saham Club at the cadet level category as they topped the group by 20 points in the second leg qualification. Al Dhahirah Governorate Club led the group by 20 points as they scored a 3-0 win over Seeb and a 3-0 victory against Saham. Saham Club was positioned in the second place with 15 points while Al Ittifaq finished in third place with 10 points. Seeb came in fourth with five points.

The Sultanate umpires finished from their warm up to officiate the matches of the biggest local function. The tournament will be officiated by international umpires including Masoud al Abri, Shaikhan al Abri, Hamood al Hajri, Maryam al Alawi, Aysha al Saidi and other referees featuring Fatma al HAdabi and Buthina al Ghafri. Hashim al Salmi will be the chief umpires while Khaid al Zaabi appointed as tournament manager and Mohammed al Gassasi as chairman of organising committee.