Wang Qiang, Pliskova, through to 3rd round of 2019 Wuhan Open 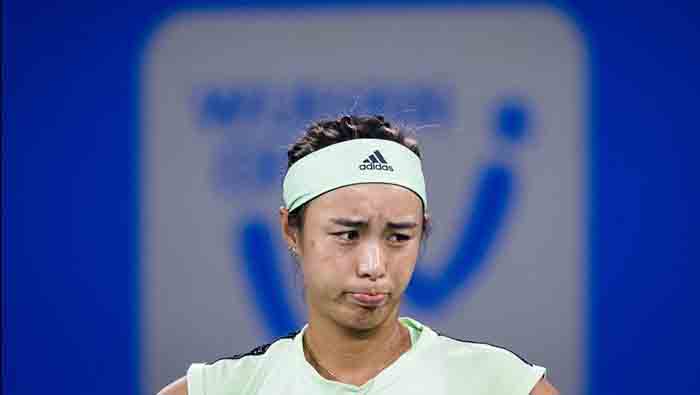 Wuhan: Round of 32 action got into full swing on Tuesday at the 2019 Dongfeng Motor Wuhan Open with all but one of the top seeds, including home favorite Wang Qiang, advancing.

Action on center court started with Simona Halep of Romania, seeded fourth in Wuhan, moving into the third round with a 6-3, 6-2 victory over Barbora Strycova, maintaining her unbeaten record against the Czech in a breezy 85 minutes.

Halep lived up to her reputation as one of the sharpest returners on the circuit, breaking six times on 67 percent shooting. Halep broke Strycova out of the gate in the first set, but the Czech held and got a break of her on to go 3-2 with an unforced from Halep.

That was as good as it got for Strycova; she trailed for the rest of the match, with her forehand shots in particular going long and helping Halep ease into the round of 16 in Wuhan for the first time since 2016. Up next for Halep is Kazakh wildcard Elena Rybakina, who defeated Tunisian lucky-loser Ons Jabeur 6-1, 6-7 (3), 6-2 in just under two hours.

Another top-seed, Sloane Stephens, was given a bit more trouble in her 6-2, 3-6, 6-1 victory against local hopeful Wang Yafan, needing just over two hours to advance to the round of 16.

Stephens stormed to a 4-1 lead at the outset, breaking Wang three times despite being brought to deuce and fighting back and forth for the second point.

The second set was a bit of a role reversal, with Wang breaking three times and logging some solid all cross court shooting from the forehand side to force a decider, which Stephens win with ease despite Wang taking her to break point three times.

The 34-year-old made short work of her opponent in the first set, wrapping up proceedings in a little over half an hour after breaking Hsieh's serve three times.
Hsieh came out swinging at the start of the second set, breaking Kuznetsova's first service game to race into a 3-0 lead.

However, the Russian would later secure a break of her own, taking the set into a tie-break from which she would ultimately emerge victorious. Next up for Kuznetsova is world No. 3 Elina Svitolina of Ukraine, who took out Spain's Garbine Muguruza, 7-5, 6-2 in 96 minutes.

After a close first set, Svitolina closed out the match by holding all her service games and breaking Muguruza twice in the second set, her momentum buoyed by 76 percent shooting on her first service points.

The Spaniard suffered six double faults and had 51 unforced errors to Svitolina's 17. Other side court action saw American Alison Riske defeat Monica Puig of Puerto Rico 6-2, 7-6 (5), 6-3 in a two-hour 32-minute showdown. Riske next faces home favorite and current world No. 16 Wang Qiang in the round of 16, who powered to a straight-set, 6-3, 6-3 win over Marie Bouzkova of the Czech Republic.

Wang took control of the match from the outset, with domineering baseline play on return allowing her to rack up winners despite much stronger shooting on serve (73 percent) from her opponent.

Barty took time to warm up into form, and the first set was a nail-biter throughout. Every set point was at least brought to 30, but Garcia controlled the proceedings using solid groundstrokes, and came out ahead despite the wobbliness from both sides.

The second set was a battle of attrition, with both players holding service to 5-4 for Barty, who finally broke and tilted the momentum solidly to her side of the court thereafter. Barty played an aggressive baseline game that is not characteristic of her usual style of play, racking up a high number of both winners (31) and unforced errors (40).

In other action, Kiki Bertens of the Netherlands needed just under an hour to take out American Bernarda Pera 3-6, 6-4, 6-2. Bertens has a tough match against defending 2018 champion Arnya Sabalenka in the round of 16.

Next for Kudermetova is Croatian Petra Martic, who took out Swedish lucky loser Rebecca Patterson 6-0, 3-6, 6-1. The late match on center court saw Czech world No. 2 Karolina Pliskova dominate American Amanda Anismova in straight sets, 6-3, 6-3. Pliskova logged 73 percent first return shooting, breaking her opponent a total of seven times on the way to a victory sealed in just over one hour.

Next up for Pliscova is Dayana Yastremska, who logged a 6-3, 7-6 (9) win over American Christina McHale earlier in the day.