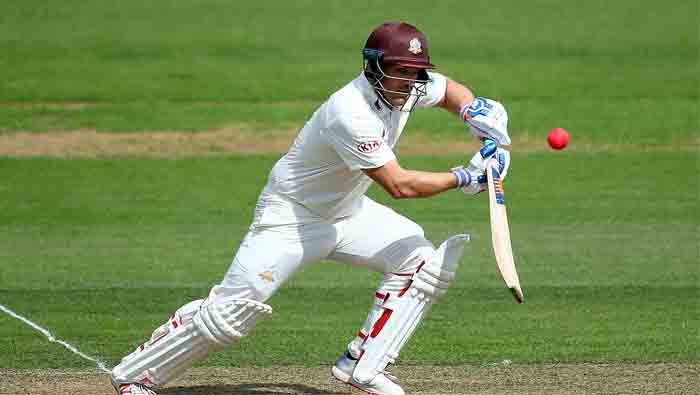 Manchester: Australia’s limited-overs captain Aaron Finch wants to have one more go at Test cricket, having struggled for the most part in Test whites so far.

Part of the national set-up since 2011, Finch forayed into Tests only last year, playing five games between October and December 2018. Unfortunately, that coincided with a dip in batting form across formats – Finch managed just two fifty-plus scores in 10 Test innings, while in ODIs, there was just one notable score in his first nine innings in 2019, before he hit back-to-back centuries against Pakistan in Sharjah in March.

Now, with a successful World Cup under his belt (507 runs at 50.70), where he was No.2 among Australia's top scorers behind David Warner, a return to the longest format is Finch’s next mission. Finch was excluded from the Sri Lanka Tests earlier this year, and Kurtis Patterson made an impact on his maiden tour in Finch's place, slamming an unbeaten ton in only his second innings for Australia.

With Travis Head and Joe Burns also notching up centuries, Finch has seen the competition rise. He acknowledges the need to play a string of first-class matches and assemble substantial scores if he fancies a return to the Test fold. Currently, he is featuring for Victoria in the Marsh One-Day Cup.

"Obviously [I will] just try and get some runs, get some big runs. That's my plan," said Finch. "I think the young kids who have come in have taken their opportunities, Kurtis Patterson and Travis Head, these guys have come in and done reasonably well when they've played.

"Kurtis got a hundred in the last Test that he played. Will Pucovski and that whole crop of young batters who are coming through are so talented, so I think I've got one more push in it for myself. If it doesn't happen, then it doesn't happen. I'm comfortable with that. It will be nice to play a few Shield games in a row to be fair. It's been a while since I've played more than one in a row."

Finch opened in all of his five Tests, as opposed to the middle-order roles he primarily occupies for Victoria. While he admits a preference to not opening, he doesn’t mind taking up a top-order slot for Victoria if it helps bolster his Australia chances.

"There's a lot of quality players in Victoria at the moment, so getting a game might be the first start," he said. "I think middle order will probably be my preferred spot. I know doing the opening duties last summer was one of the first times I'd really done it in the longer format but you take any opportunity you can when you play for Australia."