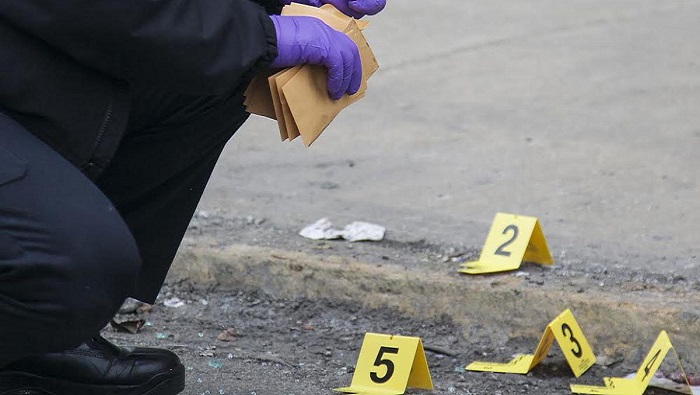 Kuala Lumpur: Relatives have demanded answers after a British resident was shot dead by police while on holiday in Malaysia, and his wife went missing at the same time.

Janarthanan Vijayaratnam, a 40-year-old Sri Lankan national and UK resident was fatally shot by police in an apparent car chase and shootout in the early hours of 14 September, alongside his Malaysian brother-in-law and a second Malaysian man. He was on holiday with his wife and three children, aged five, 10 and 17, at the time.

Police said they had ordered the car the three men were in to pull over in the township of Bandar County Homes, in the state of Selangor. The call was ignored, they said, sparking a four-mile (7km) car chase.

In a statement to local media, Selangor police confirmed the three men had been shot dead, and claimed officers acted in self-defence because one of the men had opened fire during the chase.

However, the family dispute the account of events and the Human Rights Commission of Malaysia is now investigating whether there has been an “abuse of power’ by police.

Police named the two Malaysian men, Thavaselvan Govindasamy and Mahendran Santhira Segaran, as members of the “08” gang, which it said was wanted for a series of robberies.

They said the third, UK resident Janarthanan Vijayaratnam, had overstayed his visa.

Vijayaratnam’s family has strongly contested police claims, saying key facts did not add up. Senior human rights lawyer Ponnusamy Uthayakumar, who is representing the family, said: “The gunshot wounds on the individuals, all three of them, are on the chest and one on the head and chest. To me that is consistent with an execution.”

“The police version of events was that they gave chase, that the suspects shot at them and they shot back and died. If that was the case there would be bullets all around,” he added.

The lawyer described the police statement as an “SOS”, or “standard operating storyline”.

“Normally in their standard story, there will not be any witnesses, none of the policeman are injured in the shootout, none of the police cars are hit by stray bullets, and normally it is a secluded area in the early hours of the morning,” he explained, “This is the standard operating story they give, and all these years we have never believed.”

Suresh Kumar, a close family friend, said the police were yet to adequately explain other critical details. “How is it they all were perfectly shot in the chest while it was a car chase? That is impossible,” said Suresh, “And then there is the car, they were found in a red Volkswagen Polo, but no one in the family has seen that car before.”

The family also claimed that on Saturday morning a police sergeant had told them a fourth person was at the scene and had been shot in the leg, but escaped into the forest before being apprehended.

However, police later denied a fourth individual was involved.

The family question whether that fourth person initially mentioned may have been Vijayaratnam’s wife, Moganambal Govindasamy, a 35-year-old Malaysian national and UK resident, who had joined the three men for dinner and has been missing since.

Her sister, Vasanthi Govindasamy, said Moganambal had shared a GPS location with her via WhatsApp at 1.38 am on 14 September, something she had never done before and that caused her to believe her sister was in danger. That morning the family went to the location where they found a car, a white Perodua Alza the family had rented, and which the four had driven to dinner on Friday night.

Kumar claimed the Malaysian police did not investigate the vehicle. “Why was there no forensic investigation? Why weren’t fingerprints taken? Instead, the rental company just took it back,” he said.

The couple, who lived in Portsmouth, had been in Malaysia since 27 August for a holiday with their children. The youngest child, aged five, holds a British passport.

A spokesperson for the UK’s Foreign and Commonwealth Office said: “Our staff are providing assistance to the family of a British child following an incident in Batu Arang, Malaysia and are in contact with both the British and Malaysian authorities.”

Police claimed that Vijayaratnam was not a UK resident and that there was no record of him entering Malaysia. However, reporters have seen receipts for return flights from London to Kuala Lumpur for the family, matching luggage tags. Income tax and council tax bills sent to the couple at a Portsmouth address also indicate the couple were living and working there.

Reporters spoke to another family friend in the UK who confirmed the family had lived in Portsmouth for more than 10 years.

Reporters called the Selangor police headquarters three times for comment but officers hung up each time upon hearing the case in question.

The Human Rights Commission of Malaysia (Suhakam) said it would investigate the deaths of the three men and the alleged disappearance of the fourth.

“Our concern is whether there was abuse of power by the police. Suhakam will investigate the shooting and also the missing person,” said commissioner Gerald Joseph.

According to the family’s lawyer, the British High Commission in Kuala Lumpur is facilitating the return of the three minors to the UK with their paternal grandparents.

Lawyer Ponnusamy Uthayakumar has called for an independent investigation into the case, and is requesting a meeting with the British high commissioner to Malaysia to discuss the alleged human rights violations.