Viren steals the show at the ISC table tennis tournament 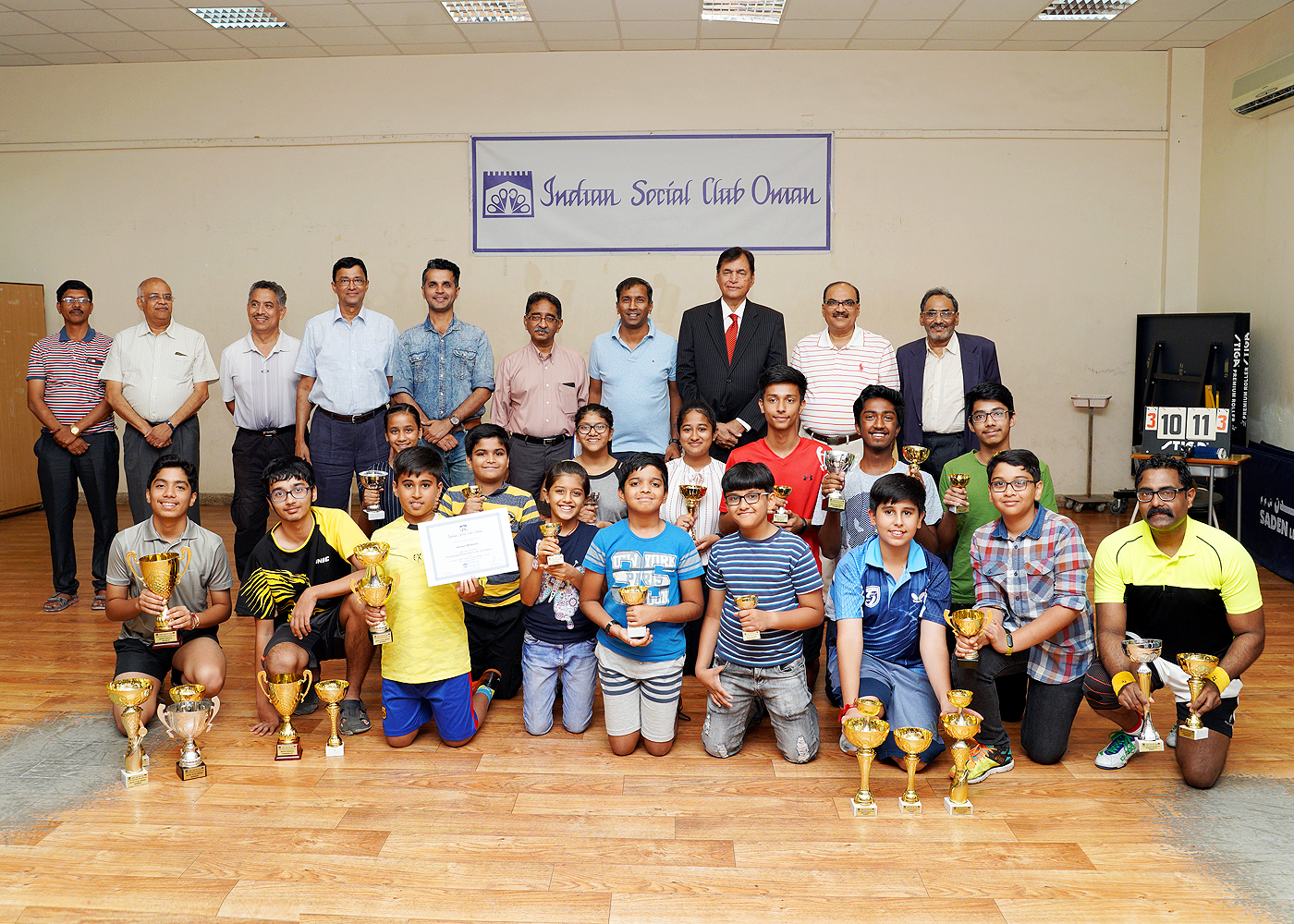 Muscat: Indomitable Viren Kundnani stole the limelight at the grand finals of the Annual Table Tennis Tournament organized by the Indian Social Club Oman putting in a superlative show of talent and determination to capture five titles in all, three singles and two doubles.

The hard work, practice and determination that Viren puts into his table tennis has paid handsome dividends. The progress and improvement that has been witnessed is true vindication of his passion for the sport.

In the final of the men’s singles, Viren took on the top seed and defending champion Shounak Kelkar who was out to avenge his defeat to Viren in the their last encounter and maintain his top ranking at the ISC. But it was not to be.

While Viren fired on all cylinders and scored winners at will, Shounak failed to impress and was nowhere near the class that he is known for. He was tentative and short of ideas as Viren continued the onslaught to win his first men’s singles title in straight games 11-7, 11-6, 11-8, 11-5 to claim his fourth title of the tournament.

In contrast to the mediocre singles final, the men’s doubles final provided the spectators with much excitement before Viren picked up the fifth title.

In the men’s doubles final, Viren received brilliant support from his partner, Adhyatm Sharma who held their nerves to edge to a narrow victory over the duo of Dr. Simon Joseph and Shounak Kelkar.

The Vice Chairman of the Indian Social Club Oman, C.M. Sardar distributed the prizes to the winners. Nine-year-old Arnav Mohnot was declared the “Emerging Player of the Tournament” and Viren Kundnani “The Outstanding Performer of the Tournament."