At least 4 killed, 15 injured in bus crash in Utah 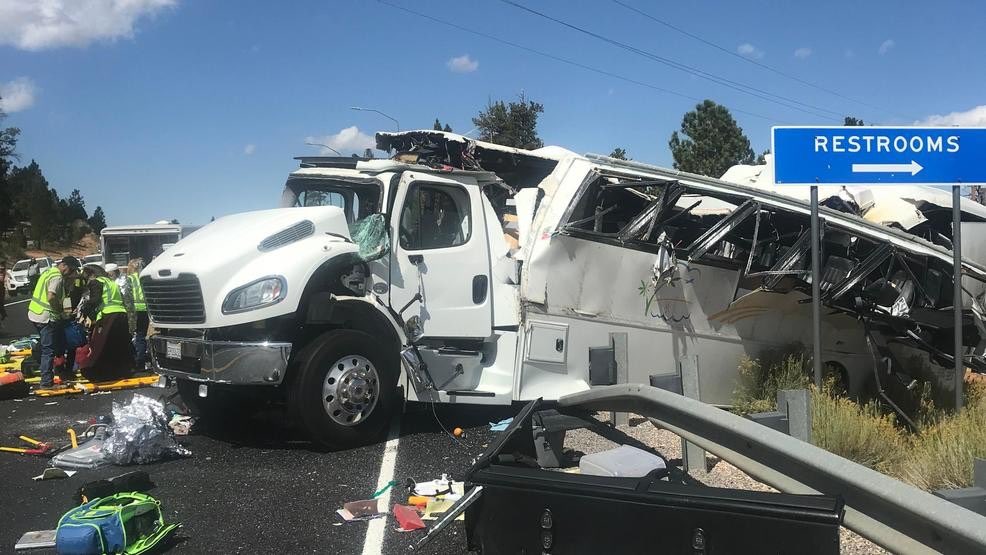 Salt Lake City: At least four people have been killed and up to 15 others critically injured when a bus transporting Chinese-speaking tourists crashed near Bryce Canyon national park in the western US state of Utah, local authorities said.

The Utah highway patrol said the crash took place Friday morning about seven miles from the park entrance, forcing the road to be shut as ambulances and rescue vehicles rushed to the site.

It appears the driver might have swerved on a two-lane highway leading to the national park and then tried to overcorrect, sending the tour bus rolling into a guardrail, Garfield county sheriff Danny Perkins said.

A total of 30 people, including the driver, were on board the bus as it headed to the famous park.

“The bus was traveling east bound when it ran off the road and rolled into the guardrail,” the Garfield county sheriff’s Office said in a Facebook message that described the crash as “horrible”.

It posted pictures of the mangled bus, with its roof partly caved in, on the side of the main highway leading to the park entrance.

It said the injured were transported to various hospitals, some by helicopter.

Highway Patrol spokesperson Corporal Chris Bishop said the passengers were all believed to be from mainland China or Taiwan, as opposed to being US residents.

China’s embassy in Washington said on Twitter that it had initiated its emergency protocols and sent personnel to assist the victims.

“My heart sank when I heard the news that a tour bus crashed near Bryce Canyon,” he said in a tweet. “I grieve with all who lost loved ones in this crash and I’m grateful for the quick work of first responders, as well as all those who are volunteering to act as translators.”

Bryce Canyon is one of the most visited national parks in the US, attracting some 1.5 million tourists every year.