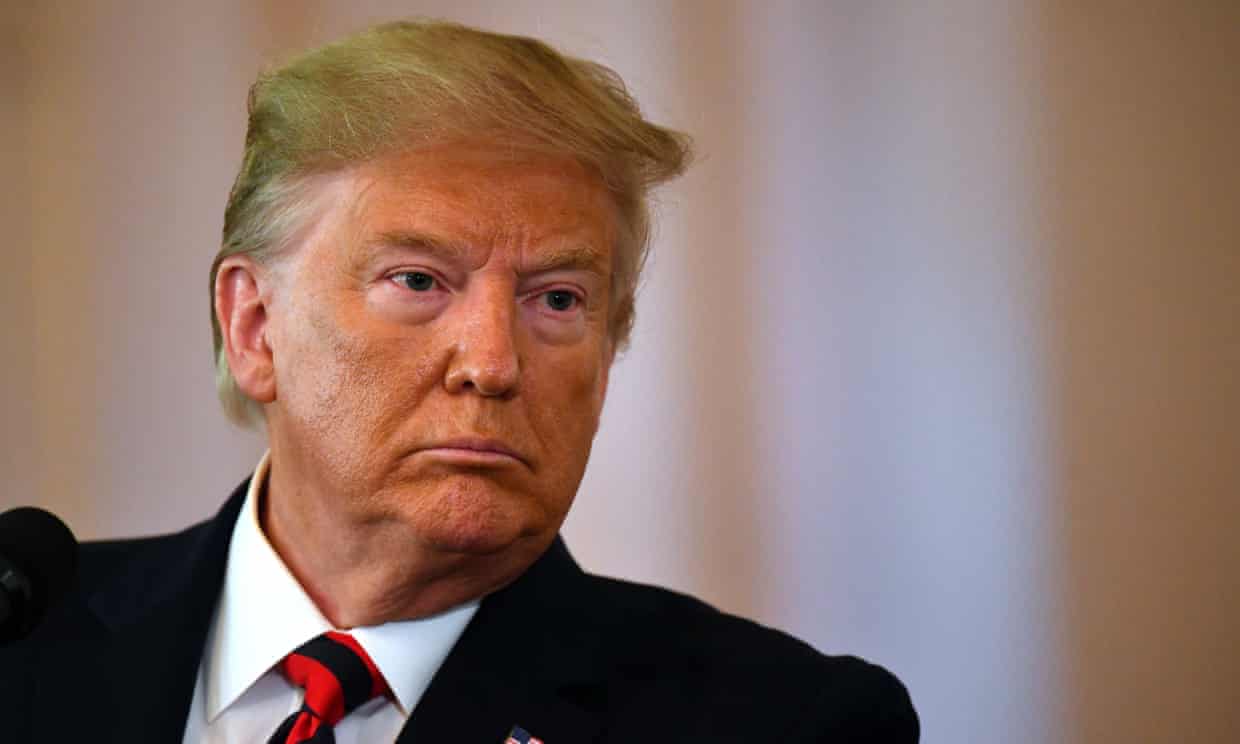 Washington: US President Donald Trump is said to have pressed the new leader of Ukraine this summer to investigate Joe Biden, multiple reports say, as Democrats condemned what they saw as a clear effort to damage a political rival.

It was the latest revelation tied to an explosive whistleblower complaint that sparked a showdown between congressional Democrats and the Trump administration. Trump officials have refused to turn over the complaint by a national security official or even describe its contents.

Trump spoke to the Ukrainian president, Volodymyr Zelensky, on 25 July, about two weeks before the complaint was filed. On Friday, it was reported that Trump repeatedly pressured Zelensky to investigate Biden’s son, Hunter. In the July phone call, Trump urged Zelensky about eight times to work with Giuliani on the investigation, the report said, citing people familiar with the matter. Other media outlets confirmed that Trump had pushed Zelensky to take action.

Trump did not raise the issue of US aid to Ukraine, indicating there was not an explicit quid pro quo, a source said.

The former New York mayor Rudy Giuliani, a lawyer for Trump, said he met top Ukrainian officials about the prospect of an investigation in June and August.

In a statement, Biden, the former vice-president, said: “If these reports are true, then there is truly no bottom to President Trump’s willingness to abuse his power and abase our country. This behavior is particularly abhorrent because it exploits the foreign policy of our country and undermines our national security for political purposes.” He urged Trump to “immediately release the transcript of the call in question, so that the American people can judge for themselves”.

Trump offered a characteristically pugnacious defence against what he called a “partisan” whistleblower. He told reporters in the Oval Office it was “a ridiculous story” and “just another political hack job” and his conversations with foreign leaders were “totally appropriate”.

Asked if he discussed Biden, Trump insisted: “It doesn’t matter what I discussed.” But he added “someone ought to look into” Biden, who is currently leading polls for the Democratic nomination in 2020.

Trump also said he did not know if the phone call with Zelensky – a comedian and political novice elected in May – was the subject of the complaint, now caught in a standoff between the White House and Congress.

The whistleblower filed it with the inspector general of the intelligence community, Michael Atkinson, who acknowledged that he considered it a credible matter of “urgent concern” that merited notifying congressional committees.

But during a three-hour closed-door briefing on Thursday, Atkinson told the House intelligence committee the acting director of national intelligence, Joseph Maguire, a Trump appointee, barred him from providing details.

Speaker Nancy Pelosi, the top House Democrat, said: “Reports of a reliable whistleblower complaint regarding the president’s communications with a foreign leader raise grave, urgent concerns for our national security.”

She added: “The president and acting DNI’s stonewalling must end immediately, and the whistleblower must be provided with every protection guaranteed by the law to defend the integrity of our government and ensure accountability and trust.”

The intelligence committee’s chairman, Democrat Adam Schiff, told reporters: “That whole purpose is being frustrated here because the director of national intelligence has made the unprecedented decision not to share the complaint with Congress.”

Schiff warned that he was prepared to go to court to force the Trump administration to open up about the complaint. “The inspector general has said this cannot wait. There’s an urgency here that I think the courts will recognise.”

Hillary Clinton, a former secretary of state and Trump’s opponent in 2016, tweeted: “The president asked a foreign power to help him win an election. Again.”

In 2016 the Trump campaign had numerous contacts with Russia and accepted a meeting that promised “dirt” on Clinton, although the special counsel Robert Mueller’s report earlier this year concerning his investigation into the controversy stopped short of finding direct collusion.

Trump’s relationship with Ukraine has been the subject of growing scrutiny. In early September, an editorial in a leading American daily asked: “Is Trump strong-arming Volodymyr Zelensky for political gain?”

The editorial board claimed “we’re reliably told” that the president “is attempting to force Mr Zelensky to intervene in the 2020 US presidential election by launching an investigation of the leading Democratic candidate, Joe Biden”.

The leader column added: “Mr Trump is not just soliciting Ukraine’s help with his presidential campaign; he is using US military aid the country desperately needs in an attempt to extort it.”

The Democratic heads of three House committees recently announced an investigation into alleged efforts by Trump and Giuliani to pressure the Ukrainian government for their own political ends, including by withholding US security assistance.

They allege Trump and Giuliani have pressured Kiev to prosecute Ukrainians who provided evidence against Trump’s former campaign manager, Paul Manafort, and to provide damaging information about Biden’s son. Hunter Biden worked for a Ukrainian gas company beginning in 2014, while his father was vice-president.

The Democrats have demanded a full transcript of the Trump-Zelensky call along with a list of participants.

The intrigue deepened on Thursday night when Giuliani was asked by a reporter if he had asked Ukraine to look into Biden. He initially said: “No, actually I didn’t,” but about 30 seconds later admitted: “Of course I did.”

Observers in Ukraine said there were no signs yet that an agreement had been struck between Trump and Zelensky.

Serhii Leshchenko, an investigative journalist and former MP who advised Zelensky on foreign policy during the campaign, said: “There is nothing it could be besides this Biden stuff. It’s clear what they were talking about.”

He cited a Ukrainian readout of the 25 July phone call between the two leaders: “Donald Trump is convinced that the new Ukrainian government will be able to quickly improve image of Ukraine, complete investigation of corruption cases, which inhibited the interaction between Ukraine and the USA.”

Leschenko said Trump allies including Giuliani had sought meetings with Zelensky since before his May inauguration, and accused Giuliani of “attempting to interfere in Ukrainian internal politics and blackmail Ukraine”.

Meanwhile Ukraine’s presidential administration announced on Friday that Zelensky will meet Trump next week during the UN general assembly in New York.

Zelensky has not spoken publicly about the 25 July call with Trump since it was revealed as a cause for the whistleblower complaint on Thursday. A representative for Zelensky could not immediately be reached for comment.

The Ukrainian president has sought a face-to-face meeting with Trump to discuss financial aid for the country and support in its conflict with Russia. Zelensky has met the vice-president, Mike Pence.

Trump and attorney general William Barr claimed the Mueller report cleared him of collusion and obstruction of justice. Critics say it showed the Trump campaign was eager to accept help from Moscow and crucial questions remain unanswered.

The pressure on Trump looks set to intensify. Ben Rhodes, the former national security adviser to Barack Obama, wrote on Twitter: “If Trump was trying to abuse his power of the presidency to solicit foreign help for his campaign, it’s hard to imagine a more impeachable offence.”