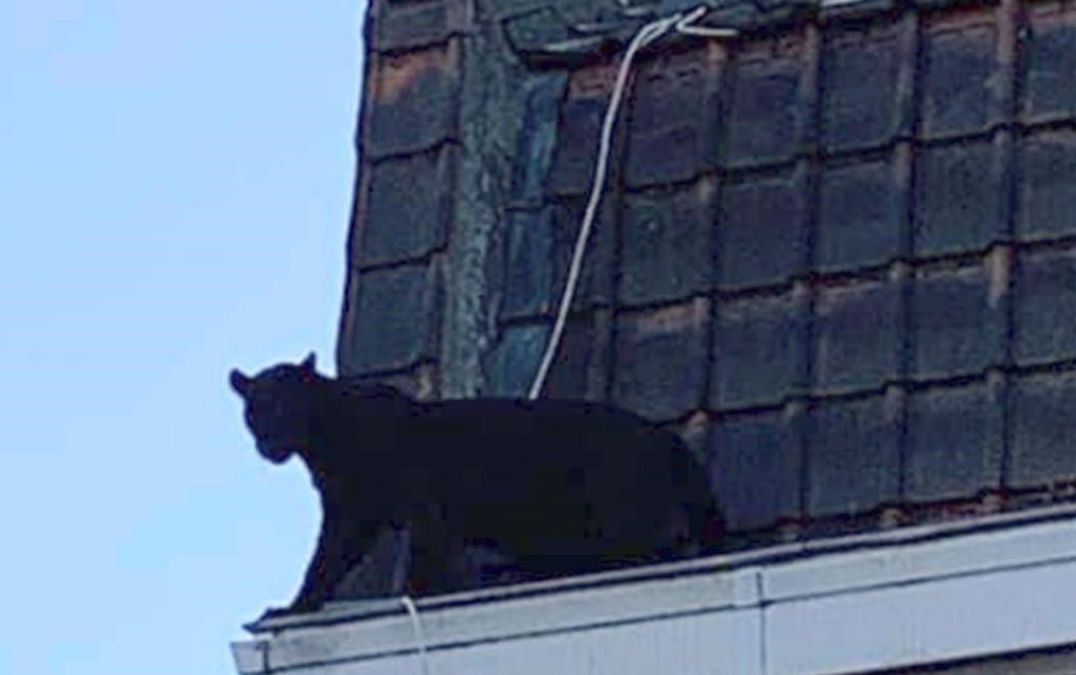 Lille: A young black panther found prowling the roofs of a northern French town has been captured by emergency services.

Astonished residents in small French town Armentières, near Lille, gazed at the powerful feline walking along a second-floor ledge and going in and out of an open window for nearly an hour on Wednesday.

Police made a cordon in case it jumped, while rescuers entered the building calmly so as not to shock the big cat.

A vet was then able to tranquilise it with a dart.

The animal, weighing about 20kg, is about five or six months old and the size of a small Labrador dog, Kader Laghouati from the Animal Protection League organisation in Lille told reporters.

It had been domesticated by its owner and was not at all aggressive, he said. Its claws had been clipped and it was in good health.

Before its capture it had descended stairs in the building and entered an apartment belonging to a family whose 15-year-old daughter was at home - and fled upon seeing the panther walk into the room.

However the animal was not aggressive, the girl's mother Sylvie said.

After its capture the panther was put in a cage and handed over to government wildlife officials, who in turn handed it on to the Animal Protection League to stay overnight.

It has since been transferred onwards to an as yet unannounced destination, according to reports.

Its owner meanwhile is being sought by the French authorities. Police want to speak to the owner for endangering others and also to find out where they got the animal from, while wildlife officials want to know what conditions the panther was being held in.

A police source said that only a zoo would be able to obtain a permit to keep such an animal. Officers had been ready to shoot the animal had it become aggressive during the incident, he said.