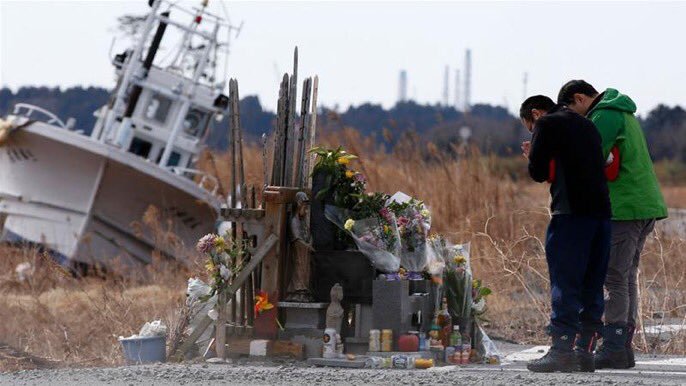 Tokyo: More than eight years after the Fukushima nuclear disaster, a Japanese court has cleared three former executives of the firm operating the plant of professional negligence.

It was the only criminal case to arise out of the disaster, which was the worst since Chernobyl in 1986.

In 2011 a plant operated by Tokyo Electric Power (Tepco) was hit by a tsunami causing a triple meltdown.

More than 470,000 people were evacuated from their homes as a result.

Nearly 18,500 died or are missing from the wider disaster.

The three former executives - ex-chairman Tsunehisa Katsumata, 77, and vice-presidents Sakae Muto, 66 and Ichiro Takekuro, 71 - were indicted for failing to implement tsunami countermeasures leading to the deaths of 44 people.

Though no-one died directly in the nuclear meltdown, more than 40 hospital patients died after having to be rushed out of the evacuation zone.

Thirteen people were also injured in hydrogen explosions at the plant.

In the much-anticipated verdict, a Tokyo court found all three men not guilty of professional negligence resulting in death and injury.

They were facing five years in prison if convicted.

The prosecution argued that as far back as 2002, the bosses had been warned that a large tsunami of more than 15 metres could hit the plant, but had chosen to ignore the evidence - and had not increased their defences.

Dozens of protesters had gathered outside the Tokyo court ahead of the ruling.

"If we don't hear guilty verdicts, our years-long efforts to bring this to court will not have been rewarded," Saki Okawara, who travelled from the Fukushima region to hear the ruling, said.

"And Japanese society's culture of no-one taking responsibility will continue.”

Prosecutors had twice declined to press criminal charges against the former executives, saying there was little chance of success.

But a judicial panel ruled against them and they were forced to prosecute. The trial began in June 2017.

The accident led to a complete shutdown of all nuclear reactors in the country. Despite widespread anti-nuclear sentiment, several reactors have since resumed operations after passing special safety checks.

Tepco is facing various legal cases seeking compensation over the disaster, after several workers developed illnesses after cleaning up the Fukushima plant.