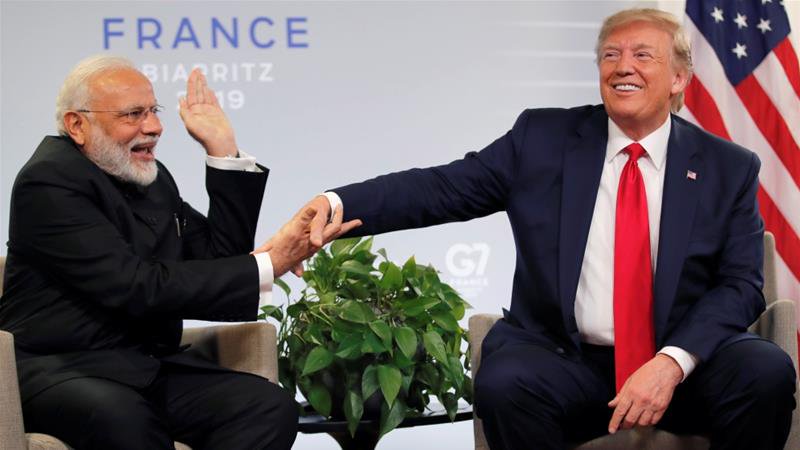 The White House says Trump will use the “Howdy, Modi! Shared Dreams, Bright Futures” event to “emphasize the strong ties between the people of the United States and India” and reaffirm the two countries’ strategic partnership.

The meeting comes amid heightened tensions between India and Pakistan over Kashmir after last month the government in New Delhi stripped the disputed Kashmir region of its statehood and launched a crackdown.

The White House says Trump will also travel to Wapakoneta, Ohio to join Australian Prime Minister Scott Morrison to visit an Australian-owned manufacturing facility. Trump is hosting Morrison at the White House Friday for a state visit, including the second state dinner of his administration.