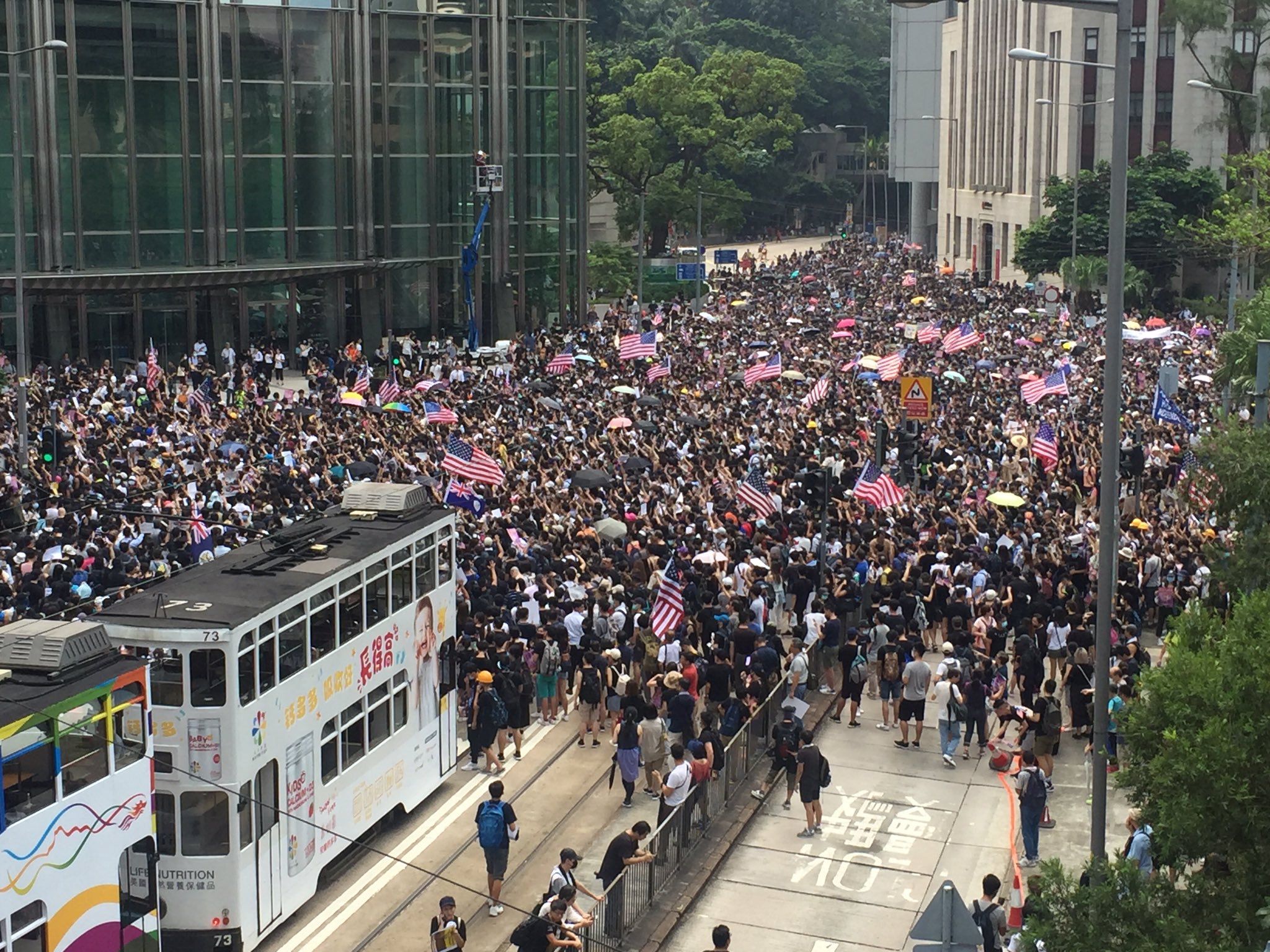 Tens of thousands of people streamed down a six-lane roadway in downtown Hong Kong as police tried to repel the protesters with blue-dyed liquid fired from a water-cannon truck. Rubber-coated bullets, bean-bag rounds, and volleys of tear gas were also unleashed by security forces.

Demonstrators hurled petrol bombs into the government headquarters, torching another vehicle carrying a water cannon that was parked inside the fortified compound. At least one metro station went up in flames by arson and shops were also hit.

Before the fiery confrontation broke out, peaceful marchers paced through downtown chanting "Stand with Hong Kong" along with their demands from the government.

Others held up posters of a swastika composed of yellow stars mimicking those on the Chinese national flag, the new emblem dubbed #Chinazi by some protesters.

An hour into the march, police warned it was an unlawful assembly and ordered everyone to leave.

Now entering the fourth month, the demonstrations have since morphed into a wider movement demanding full democracy, an independent inquiry into alleged police brutality, a blanket amnesty for all those charged with offences stemming from their involvement in demonstrations, and a refutation of the police claim that protesters were guilty of rioting - an offence that carries a heavy prison sentence.

The protest movement has been largely leaderless, mostly coordinated through online forums such as Telegram and Reddit with established civic groups acting only as intermediaries seeking permission to gather from the police.

Police denied a permit for Sunday's march on safety grounds, as they did with most rallies in recent weeks.

Almost from the beginning, protesters have sought to bring international attention to their cause. Last Sunday, thousands of people marched towards the consulate of the United States to call for Washington's support.

That march was the first since Chief Executive Carrie Lam scrapped the extradition bill, satisfying one of the protesters' demands.

Still, demonstrators have pledged to continue taking to the streets to press their other demands.