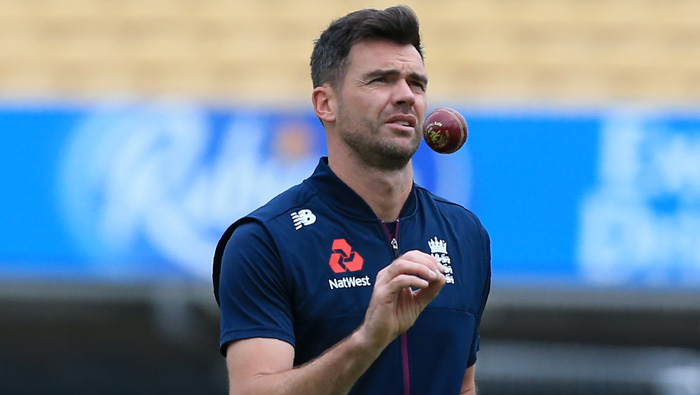 Manchester: James Anderson, the England fast bowler, lavished praise on Australia's pace attack, crediting them for the team's success in the 2019 Ashes.

Anderson, who was ruled out of the series with a calf injury, spoke highly of the relentlessness and consistency of the Australian bowling attack, particularly of Pat Cummins, who is No.1 on the MRF Tyres ICC Test Rankings for Bowlers.

"Their bowlers have just been pretty relentless – so consistent in the areas they've bowled," said the England pacer. "Cummins is the best bowler in the world because he hits the top of off stump at 85mph-plus regularly, and he's got a really good plan B [in that he] bowls a good bouncer. It's quite simple what they do, but it's really effective because they do it so consistently."

The 37-year-old added that going forward, England must learn how to strike a balance between all formats of the game. Their major aim over the last four years had been winning the ICC Men's Cricket World Cup 2019 at home, and having done that, Anderson wants them to "give equal attention" to both red-ball and white-ball cricket now.

"Obviously the last four years has been a real focus on one-day cricket, trying to win the World Cup. We've now done that," he pointed out. "I think we need to find a good balance.

"We've kind of been one or the other. In my career, it's been Test priority in the first bit and then this last four-year cycle has been a push for the white-ball stuff. We need to find a balance, it's as simple as that. We've got to try to give equal attention to both."

In his column for The Sun, Anderson said he is trying to regain maximum fitness ahead of England's upcoming assignments, which include tours of New Zealand and South Africa, followed by a home series against West Indies. He insisted he is not thinking about retirement, instead drawning inspiration from ex-Manchester United star Ryan Giggs, who played at the elite level even when he was 40.

"When I start this rehab, I'm going to try and investigate every possible avenue of what do I need to do at my age to keep myself in good shape," he said. "I feel in really good condition. I feel as fit as I ever have. It's just the calf keeps twanging.

"I'm going to look at every possible thing I can to make sure I can play for as long as possible. I'll look at how other sportspeople have done it throughout their careers to keep going into their late 30s. Whether there's anything specific I can do, diet, gym programme, supplements, whatever it might be. Because I've still got a real hunger and desire to play cricket. I still love the game and still feel like I can offer something to this team and still have the skills and can bowl quick enough to have a positive effect.

"I still feel like I can be the best bowler in the world. So as long as I've got that mentality I'm going to keep pushing myself. Keep trying to improve my skills with the ball, work hard at my batting, and try to find every possible thing to help me stay fit."