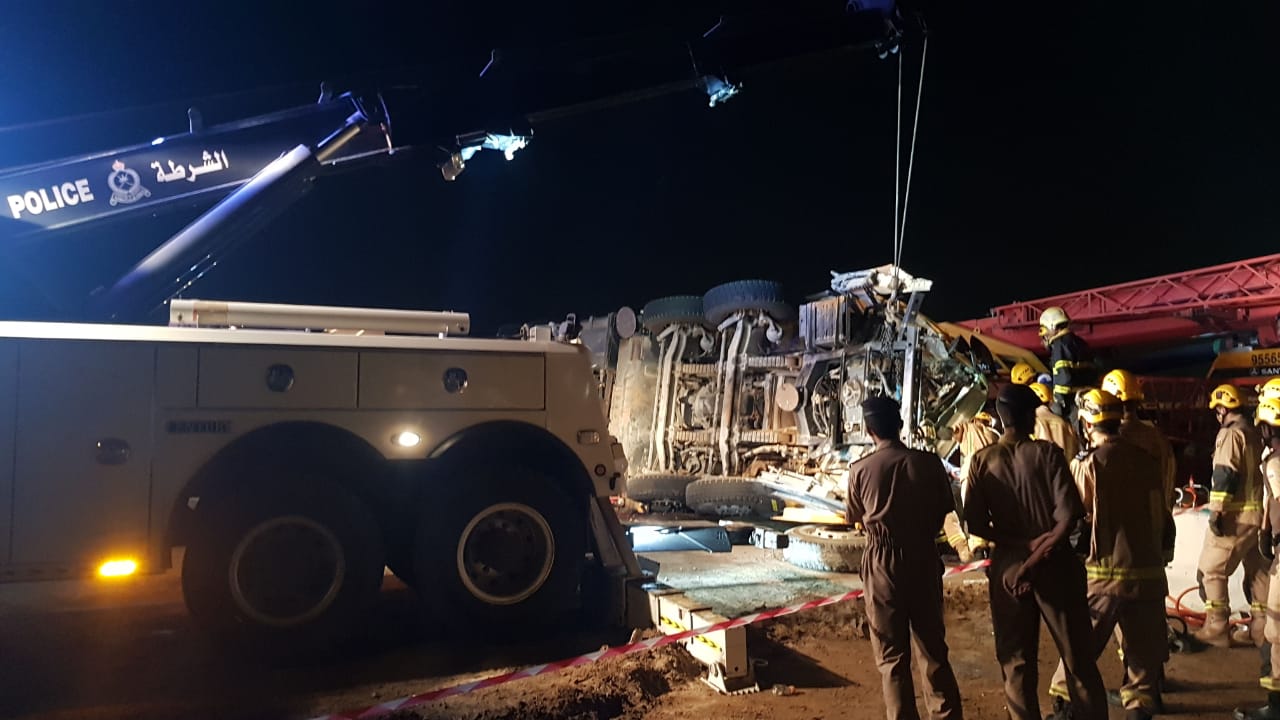 Muscat: Hours after the Royal Oman Police (ROP) reported of a multi-vehicle collision on the Al Amerat rise road, authorities are still working to extract a truck that had overturned and collided with another vehicle.

The accident has resulted in the death of the truck driver and heavily injured the driver of the second car.

A statement by the ROP read: "Efforts continue to take out the truck involved in the [overturning] accident, which resulted in the death of the truck driver and grievous injuries to the driver of the other vehicle.

"The accident also suspended traffic on the Aqabat Amerat road,” the statement added.

An original statement by the ROP, said that traffic had halted on the road because a truck had overturned and collided with another car.

The statement read: An accident with an overturned truck has occurred on the Al Amerat road. A truck has overturned and collided with another vehicle, leading to injuries.