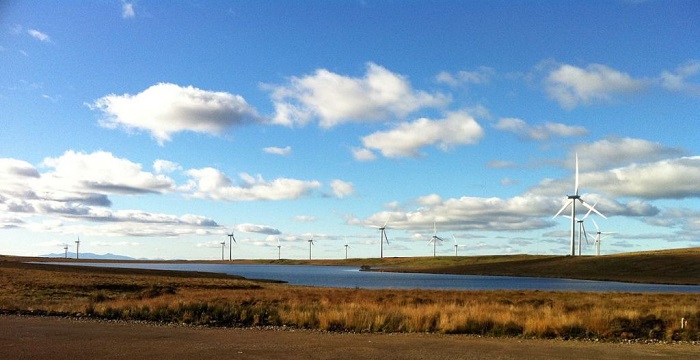 The UK has won the bid to host the 26th Conference of the Parties, known as COP26, following a partnership with Italy.

Up to 30,000 delegates are expected to attend the event at Glasgow's Scottish Events Campus (SEC) at the end of 2020.

It is designed to produce an international response to the climate emergency.

The UK will host the main COP summit while Italy will host preparatory events and a significant youth event, as part of the agreement.

Claire Perry, UK nominated president for COP26, said: "In 2020, world leaders will come together to discuss how to tackle climate change on a global scale - and where better to do so than Glasgow, one of the UK's most sustainable cities with a great track record for hosting high-profile international events.”

The Scottish government's Climate Change Secretary Roseanna Cunningham said the decision to host COP26 in Scotland was right "given our leadership on climate action”.

She continued: "Scotland was one of the first countries in the world to acknowledge the global climate emergency and the Scottish government has introduced the toughest targets in the UK to ensure our action matches the scale of our climate ambitions.

"We look forward to working collaboratively with partners to deliver an ambitious and effective conference that ensures Scotland plays a leading role to help promote the increased global effort to tackle climate change.”

Foreign Secretary Dominic Raab said the announcement was a "vote of confidence" from the UK's international partners.

He added: "The UK is leading the world in tackling climate change. We're the first major economy to pass laws to end the UK's contribution to global warming.

"Since 1990 the UK has reduced its emissions by over 40 per cent while growing the economy by over two thirds.”

The UK government said it had cut greenhouse gas emissions by 16 million tonnes in the last eight years.

Secretary of State for Scotland Alister Jack said: "The UK government is showing great leadership on this vital issue - becoming the first major economy to pass new laws to reduce emissions to net zero by 2050.”

The conference has been described as the most important gathering on climate change since the Paris agreement was signed in 2015.

Lasting for two weeks, it would be the largest summit the UK has ever hosted, with up to 200 world leaders expected to attend for the final weekend.

2020's conference is seen as a major crossroads in the battle against global climate change. It will likely be held just after the next US presidential election.

It will also be the year in which governments are due to review their promises to cut carbon emissions in line with the latest science.

Campaigners have said the event will give the UK the chance to set the tone for the world's future.

Climate campaigner Greta Thunberg appeared at the 2018 conference in Poland.

It is expected to pose major security challenges for the Scottish government and police.

Sources said that police will seek additional funding from the Scottish and UK governments.

"We will now start the detailed process of planning, with partners, for what will be a complex and expensive policing operation to support COP26 and to ensure a safe and secure event.”