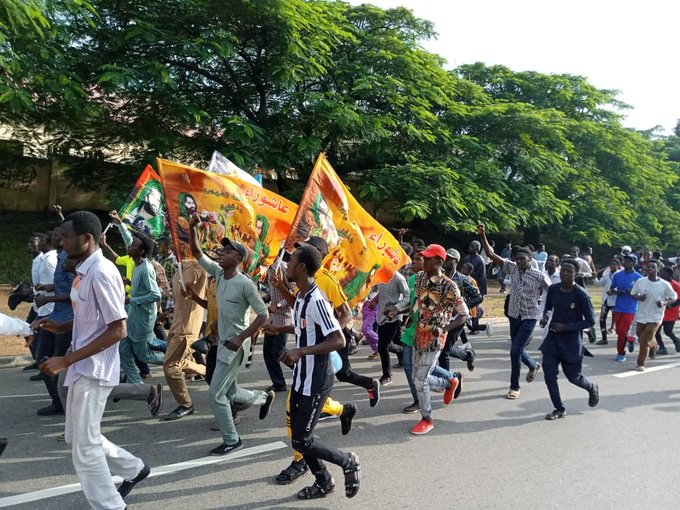 Abuja: Nigeria has denied allegations it has detained thousands of children for suspected links to Islamist militant group Boko Haram.

A report released by US-based group Human Rights Watch says children have been held for years in "horrific conditions”.

The group has urged the country to release the children.

But the military said the report was "false", saying they were treated as "victims of war and not as suspects”.

While the army does detain women and children they say have been indoctrinated by Boko Haram, the children are "adequately fed, profiled and de-radicalised before their release”.

Boko Haram militants have been waging an insurgency in north-east Nigeria since 2009.

More than 30,000 people have died in the uprising, which has now crossed borders into Cameroon, Chad and Niger.

Human Rights Watch (HRW) released their report on Tuesday. It claims the military has been arresting and detaining children as young as five "with little or no evidence". Most are then reportedly transferred to Giwa military barracks in the town of Maiduguri.

Children interviewed by HRW who spent time in the camp described "squalid, severely overcrowded conditions". None of those 32 children said they had been taken before a court or a judge, and none knew what they had been charged with. None, moreover, said they had had contact with family outside their detention centre.

Detainees were threatened or even beaten by soldiers, some children said, while soldiers reportedly made advances to female soldiers or took them out of their cells for extended periods. One girl in the report says females in her cell became pregnant during their imprisonment.

HRW says it does not know the total number currently in detention. According to UN figures cited in the report, the military took more than 3,600 children between January 2013 and March 2019.

The report praises the release of at least 2,200 children so far, and acknowledges the "important steps" the government has taken to protect children's rights.

But HRW calls on the authorities to immediately release all the detained minors and to implement a UN protocol ensuring the rapid handover of detained children to protection services, so they can return to their families.

Nigeria's Defence Headquarters insisted that "no children are kept and tortured in any detention facility”.

"The children caught in the act of terrorism are moved to safe facilities... where they are de-radicalised, rehabilitated and reintegrated into the society," a statement said.

It described the Nigerian military as "professional", insisted the arrests were not arbitrary but "intelligence driven", and said the military is engaged in a war in the north-east with terrorists "globally recognised for the most inhuman and callous attacks on humanity”.

Such "poorly researched and shallow reports" could undermine that fight, the statement added.