Dry your clothes on the balcony? Expect a fine 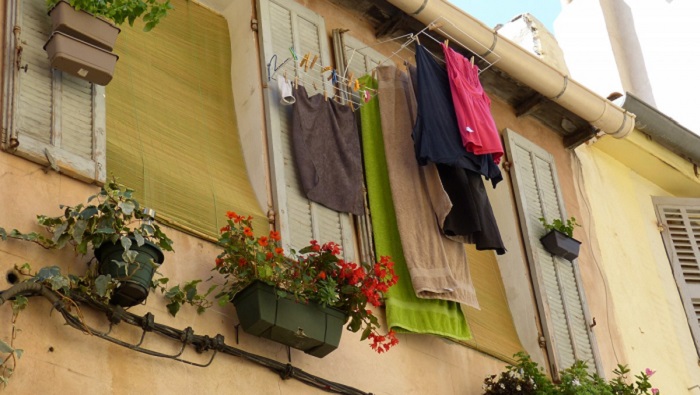 Muscat: People in Muscat who spoil the look of the city by drying their laundry in public could face a hefty fine, according to Muscat Municipality.
According to article 14 of Muscat Municipality's law, "Hanging out [visible] laundry on the balconies of buildings is a violation which can lead to a fine of between OMR50-5000 or a jail sentence between 24 hours and 6 months in length”.

Hanging the laundry itself is not a crime, but placing it uncovered on the balcony where it ruins the building's appearance is considered an affront to Muscat's beauty.

The municipality called for spreading awareness of the law and asked the public to help keep Muscat beautiful by using modern alternatives such as electric driers or metal screens instead of simply hanging clothes over the balcony where they ruin the way the building looks.

The municipality also clarified that people are allowed to hang clothes as long as there is a screen to hide the balcony. The screen "must not have openings that are wider than 1.5X1.5 cm, or cement covers that are at least 10 cm deep. "

At the same time, any multi-story building with 3 living units or more must provide at least one balcony per living unit, and these balconies can be used to hang laundry as long as it isn't visible from outside.

Although there are fewer people hanging laundry visibly than there used to be, it is more prevalent in some areas than others, according to the municipality.

The statement added: "The phenomenon spreads most often in neighbourhoods that are densely populated or multicultural. Despite the practice becoming less apparent than in the past, it is still a hygiene and public appearance issue especially among buildings which overlook main roads, commercial centres, and markets which may be part of tourist areas, which forces specialists at Muscat Municipality and other authorities to take a strict approach to the practice.”

The municipality also added that the practice of single expat workers living in residential neighbourhoods can open the way for further unsanitary violations including hanging out clothes to dry on balconies, and that it views the two illegal practices as related.

Hanging laundry out to dry in plain view goes against the municipality's vision for the city, according to the statement, which "aims to make Muscat a sustainable, vibrant city which is liveable because of efficient use of resources and its ability to provide society society's needs, including services and high-quality infrastructure and public utilities," as well as making the city look modern and cultural at the same time.