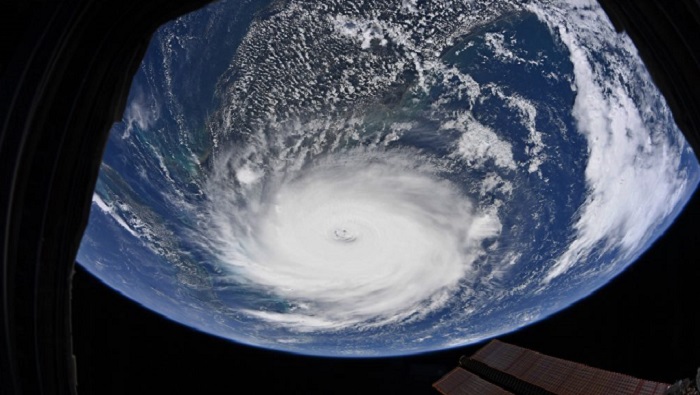 Miami: Hurricane Dorian, which has stalled over the Bahamas, has killed atleast five and left the islands battered with wind and heavy rains.

Floodwaters entered thousands of homes as rescue workers tried to reach those trapped with many surviving on roofs.

The hurricane weakened and has now been classified as a Category 3 hurricane and had previously been described as one of the most powerful Atlantic hurricanes on record. Wind speeds are still at 120 mph, according to the Miami-based National Hurricane Center said in an advisory issued at 6.00 AM GMT.

The storm’s centre was about 30 miles north-east of Freeport on Grand Bahama Island and about 100 miles east of West Palm Beach, Florida. The NHC urged residents to remain in shelters as they continued to be pounded by the storm’s “eyewall”. The storm’s strongest winds are usually close to the eye.