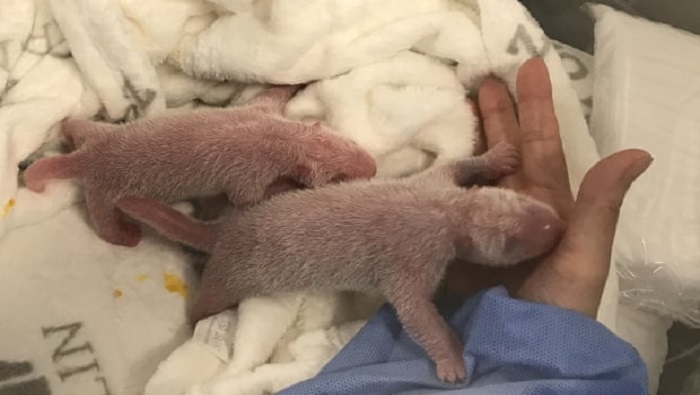 Berlin: The Berlin zoo has announced that panda Meng Meng, on loan from China, has delivered twins, a first in the country.

“Meng Meng became a mom – twice! We are so happy, we are speechless,” the zoo tweeted on Monday, posting a video of Meng Meng guiding one of her pink cubs to feed.

Pandas are very difficult to breed and as a result, such births are quite rare.

The panda delivered its first cub on Saturday evening. About an hour later, a second baby was born. Both babies and mother are in good health according to zoo authorities.

At birth the pink cubs, with their fine white down and disproportionately long tails, bear little resemblance to the adult black and white bears.

After the weaning process is complete, the cubs must be returned to China as part of the agreement.