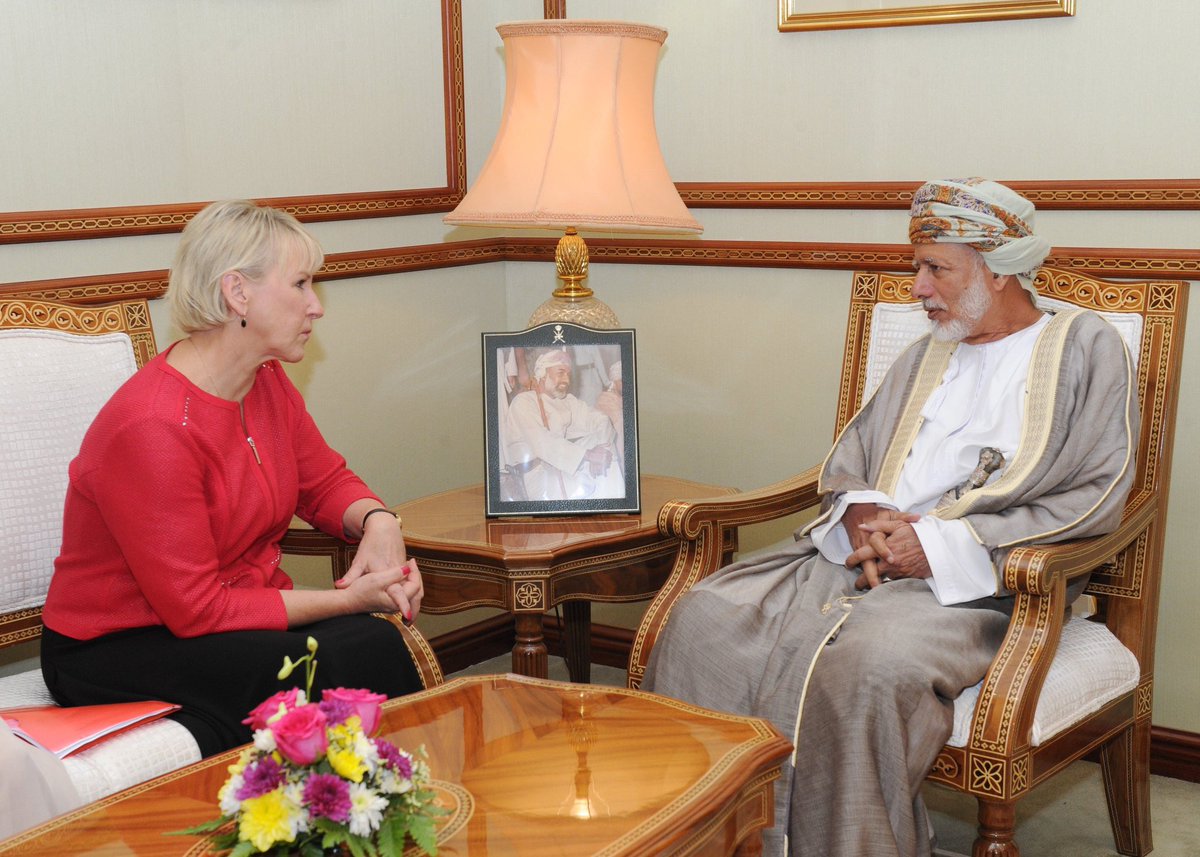 The meeting reviewed the existing bilateral relations between the Sultanate and Sweden and means of enhancing them in various areas to serve the joint interests.

The meeting also touched on a number of regional and international issues of common concern and exchanged views on their regard. The two sides stressed the importance of solving disputes through dialogue and diplomatic methods to maintain security and stability in the region and the world.

The meeting was attended by a number of officials at the Ministry of Foreign Affairs and members of the delegation accompanying the Swedish Minister.