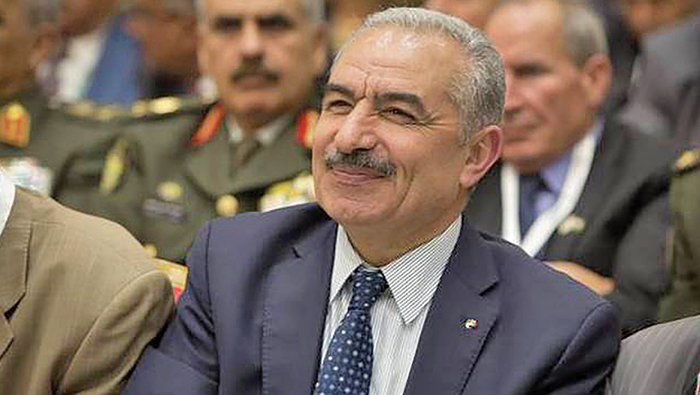 Ramallah: Palestinian Prime Minister Mohammad Ishtaye on Monday called on world powers to “halt Israeli barbaric assaults in the region.”
Ishtaye told reporters in the opening of his weekly cabinet meeting at West Bank’s Ramallah city that “we were alerted by Israeli uproarious practices in the region last week ... we urge the world to stop Israel’s flagrant attacks.”
Ishtaye described Israeli Prime Minister Benjamin Netanyahu’s pledge to impose Israeli sovereignty over settlements in the West Bank as “dangerous.”
He urged European countries and the international community to “recognise Palestine as a state on 1967 borders with East Jerusalem as its capital and the right of return for refugees.”
West Bank
Netanyahu on Sunday said in a speech in the West Bank settlement of Elkana that he intends to annex all Israeli settlements in the occupied West Bank, reiterating a former election campaign promise he made few months ago.
Israeli settlement activity is considered one of the thorniest issues that hindered the peace talks between Palestinians and
Israelis.
It is one of the main issues of disagreement since the stop of the peace talks in 2014.
Ishtaye also urged the international community to support the renewal of the mandate of the UN Relief and Works Agency for Palestine Refugees (UNRWA).
The 74th session of the UN General Assembly in September is expected to decide whether to renew the UNRWA’s mandate.