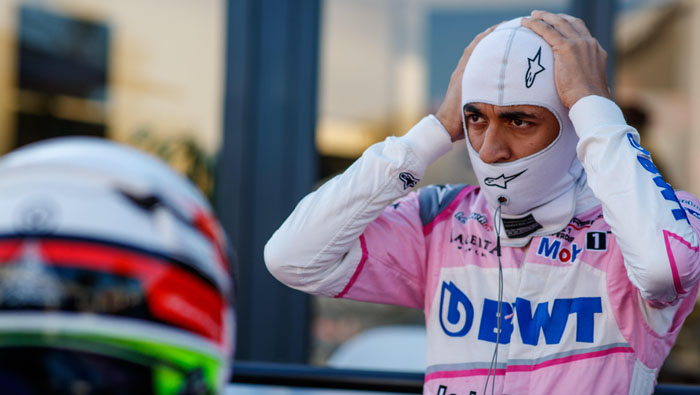 Spa: Oman’s Al-Faisal Al-Zubair climbed four places to seal a hard-earned 13th place in what developed into a processional seventh round of the 2019 Porsche Mobil 1 Super Cup at the Spa-Francorchamps circuit in Belgium on Sunday afternoon.

The BWT Lechner Racing Team driver started the 11-lap race from a lowly 17th place and forced his way through the field to add to his points’ tally in a race that was led from start-to-finish by Luxembourg’s Dylan Pereira. Turkey’s Ayhancan Güven and Australian Jaxon Evans rounded off the podium places.

Al-Zubair’s BWT Lechner Racing Team colleagues Michael Ammermüller and Julien Andlauer are locked in a fascinating tussle for the championship title and a single point separated the duo before the race in Andlauer’s favour.

Ammermüller managed to finish a place ahead of the Frenchman in eighth place, however, to set up a gripping finale to the season. Second place for Güven and fourth for Larry Ten Voorde have also given them fresh hope of winning the title with three races still to run.

Al-Zubair said: “It was not an easy qualifying on Saturday, but the race was much better today. The car felt amazing. I started P17 and finished P12 (registered drivers). I was catching the pack ahead and I made a few good overtakes during the race. I should be happy with that. Usually in the Porsche Super Cup it is very difficult to overtake. We had the pace today and I hope we can continue that for the rest of the season.”

Al-Zubair had it all to do after qualifying for the race down in 17th place and the Omani knew that a good start was vital on the demanding Spa circuit. Pereira led from the start with Güven and Ten Voorde following in his wake at the front of the 32-car field.

Jaxon Evans managed to displace Ten Voorde to snatch third place on the opening lap, as Al-Zubair climbed three places to 14th and title rivals Ammermüller and Andlauer completed lap one in eighth and ninth.

There were no changes to the running order through laps two, three and four, as Evans carded the fastest lap of 2min 24.750sec and Al-Zubair tucked in behind Joey Mawson, Berkay Besler and Gianmarco Quaresmini in 14th.

The high-speed procession at the top of the leader board continued into lap five, but Al-Zubair managed to find a way to overtake Quaresmini and climbed another position to 13th and set his sights on passing Mawson and Besler to close in on the top 10.

The top 15 held station through six laps and Pereira maintained his lead over Güven, Evans and Ten Voorde into lap seven, as Al-Zubair carded his fastest lap of the race – a run of 2min 25.976sec - to retain 13th place.

The procession continued into lap nine with Ammermüller and Andlauer still locked together in eighth and ninth positions and Al-Zubair continuing to pressurise Besler for 12th place with another personal quickest lap of 2min 25.730sec.

There were no changes into lap 10 either and Pereira managed to hold on for the remainder of the race to clinch a start-to-finish victory with Güven and Evans rounding off the podium places.

Ammermüller and Andlauer passed the chequered flag in eighth and ninth and Al-Zubair settled for 13th after climbing four places during the 11-lap race. Action in the Porsche Mobil 1 Super Cup continues at Monza next weekend.